He worked at Sharq Radio Station in Paris in 1992 and then began heading up MBC FM in London in 1994. George Kurdahi joined the Middle East Broadcasting Corporation in 2000 and began hosting the television series Who Wants to Be a Millionaire?. Kurdahi joined the Lebanese Broadcasting Corporation in 2004 but then went back to MBC. He has also hosted other TV series including Altahaddi and The Power of 10. He has also represented the UN as a Goodwill Ambassador. He has also launched the perfume line G.K. Kurdahi is married with three children. 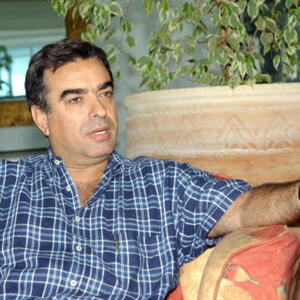