George Hamilton Net Worth: George Hamilton is an American actor who has a net worth of $20 million. Hamilton is probably best known for his leading roles in various films during the 60s, such as "Home From the Hill," "Your Cheatin' Heart," and "By Love Possessed." That being said, his first big break came with the 1959 film "Crime and Punishment U.S.A," and he won a Golden Globe Award for that performance.

During the 70s, he continued his career with films like "Once Is Not Enough" and "Love at First Bite." He then appeared in various films throughout the next few decades, such as "Blade," "The Godfather Part III," and "The Congressman." Hamilton became well known for his unique image, which featured a heavy tan.

Early Life: George Stevens Hamilton was born on August 12th of 1939 in Memphis, Tennessee. Raised alongside two brothers in Blytheville Arkansas, Hamilton claims that he was the victim of statutory rape at the age of 12 by his stepmother, June Howard. He eventually attended high school in Tarrytown, New York, and graduated in 1957.

Career: George's first major roles were in television, appearing on shows like "The Veil" and "Cimarron City." He then broke through into the mainstream with a lead role in the film "Crime and Punishment U.S.A. in 1959. This film grabbed the attention of Vincente Minnelli, who immediately cast Hamilton in his film "Home from the Hill" in 1960. This role earned him a long-term contract with Metro-Goldwyn-Mayer.

During his time with MGM, he appeared in a number of films released in the 60s. These included "Where the Boys Are," "By Love Possessed," "Light in the Piazza," and "Your Cheatin' Heart." Many of his films during this period were badly received by critics and failed to make much of an impact at the box office. He was reportedly making about $100,000 per movie.

Business Ventures: During the 80s, George branched out with several business ventures. He created his own skincare products, including sun tanning systems. He also opened his own tanning salons across the United States. A cigar lounge under his brand name opened in New York during the 90s, and numerous additional locations also opened in Las Vegas and other cities. Following up on this, Hamilton released his own line of cigars.

Brand Endorsements: From 2016 to 2018, Hamilton appeared in a number of commercials for KFC.

Relationships: During his time at the top of the Hollywood elite in the mid-60s, Hamilton struck up a relationship with Lynda Bird Johnson, the daughter of then-president Lyndon B. Johnson. Years later, he married Alana Stewart in 1972. His marriage to the actress only lasted for three years, and they divorced in 1975. However, the pair had a son together in 1974 before their split. Despite divorcing years earlier, Stewart and Hamilton reunited in the 90s to host a daytime talk show called "George & Alana."

Over the course of his life, Hamilton claims that he has dated four different Miss Worlds. In 2019 he was still single, although he stated he still enjoys dating various women. 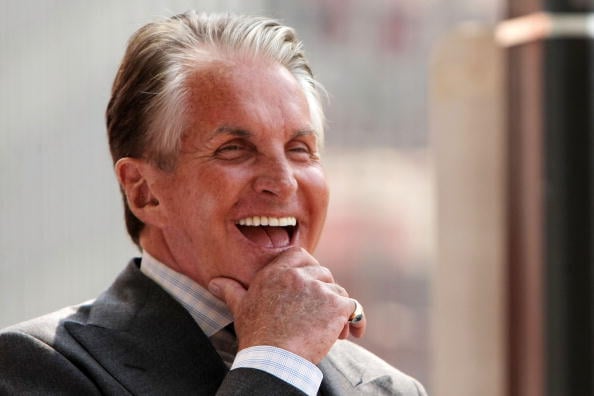 Real Estate: In 1985, it was reported that Georgia Hamilton had sold his home in Church Hill, Mississippi. Local townspeople were immediately concerned, as he apparently chose to sell the property to members of the Krishna Consciousness religion. The 220-acre property was ostensibly sold for $500,000. It features 18 rooms and a Greek Revival architectural style.

In 1993, it was reported that Hamilton had sold another home in Aspen for $2.7 million. The buyer was Tom Figge, the former vice president of Davenport Bank & Trust Co. The original asking price was $3.2 million, but Figge managed to haggle Hamilton down to $2.7 million. The Victorian-style mansion was originally built in 1888, but George remodeled it extensively before selling it. In fact, the actor claimed that he spent over a million dollars on the renovations. The residence features five bedrooms, a wine room, and 3,726 square feet of living space.

In addition, Hamilton once owned a famous mansion in Beverly Hills called Grayhall. He also previously owned a 3,252-square-foot, two-unit condo in West Hollywood's Sierra Towers, which he sold for $1.55 million in 1999.

In 2008, George purchased a condo in the Wilshire Corridor region of Los Angeles for $1.1 million. The apartment is located in a luxury high-rise building, and the seller allegedly offered Martin "free cookies for a year" in order to sweeten the deal. The contract apparently stipulated that the actor would be provided with 12 cookies per month over a period of 12 months, from the date of closing. The condo itself features two bedrooms and 1,863 square feet of living space. In 2011, it was reported that George was leasing out this condo for $5,500 per month.

In 2009, it was reported that Hamilton had sold a home in West Palm Beach for $1.2 million. The 1,800-square-foot condo features two bedrooms and two balconies. In addition, the buyer enjoyed a fully furnished residence when they moved in. Property records suggest that Hamilton originally purchased this property in 2008 for $525,000.

In addition, Hamilton once owned a famous mansion in Beverly Hills called Grayhall. 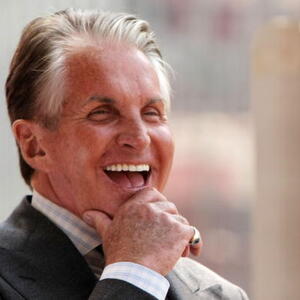