George Gaynes Net Worth: George Gaynes was an American musician and actor who had a net worth of $5 million at the time of his death. George Died on February 15, 2016 at the age of 98. He was perhaps best-known for his work in the "Police Academy" film franchise and the many television series in the the 1960s, 70s, and 80s.

George Gaynes was born George Jongejans in Helsinki, Grand Duchy of Finland, Russian Empire, in 1917. He performed in French and Italian operas before the Second World War. Gaynes became a U.S. citizen at a young age and quickly became one of the best-known Broadway performers during the '40s and '50s after the end of World War II. He made his on-screen debut as a base commander in 1963's "PT 109". He appeared in the stage production of "My Fair Lady" during the mid-'60s. He landed the part of Henry Warnimont on "Punky Brewster" and his other TV appearances include "Hogan's Heroes", "Hawaii Five-O", "General Hospital", "Columbo", "Cheers", and "Chicago Hope". Gaynes has appeared in dozens of movies, including six "Police Academy" films and "Police Academy: The Series" as Commandant Eric Lassard. Gaynes' other film credits include "Just Married", "Wag the Dog", "The Fantastic Four", "Micki & Maude", "To Be or Not to Be", and "The Boy Who Cried Werewolf". He directed a handful of episodes of "WKRP in Cincinnati".

Gaynes was married to actress Allyn Ann McLerie from 1953 until his death in 2016. They had two children together. 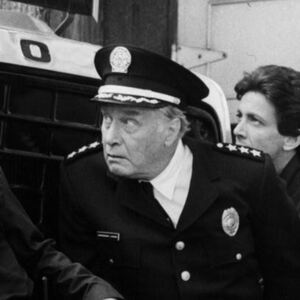