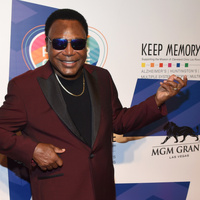 George Benson Net Worth: George Benson is an American musician who has a net worth of $5 million. Born in Pittsburgh, Pennsylvania, in 1943, George Benson started playing music professionally when he was 21 years old after a childhood full of performing. He took up the jazz guitar and recorded his first album with Jack McDuff, "The New Boss Guitar of George Benson". Benson released several more albums before his 1974 hit, "Bad Benson", claimed the top spot on the U.S. jazz charts. Benson has 36 studio albums over the course of his career between 1964 and 2013. His 1976 release, "Breezin'", went triple platinum and started a string of success that saw two more platinum records and two gold records through 1983. He has won close to a dozen Grammy Awards, including Record of the Year in 1977 for "This Masquerade". Benson's other wins include several for Best Pop Instrumental Performance, Best Male R&B Vocal Performance, Best Traditional R&B Performance, and Best R&B Instrumental Performance. Benson has worked with the Count Basie Orchestra, Fuse One, Wes Montgomery, Django Reinhardt, and Charlie Christian, among others. Benson earned his star on the Hollywood Walk of Fame. He has been married to his wife, Johnnie Lee, since 1965, and is a practicing Jehovah's Witness.