What Is Geoffrey Rush's Net Worth?

Geoffrey Rush was born Geoffrey Roy Rush on July 6, 1951, in Toowoomba, Queensland, Australia. His mother, Merle, was a sales assistant at a department store, and his father, Roy, worked for the Royal Australian Air Force as an accountant. After his parents divorced in the mid-1950s, Geoffrey and his mother moved to Brisbane to live with her parents. Rush attended Everton Park State High School, then he enrolled at the University of Queensland, where he earned a Bachelor of Arts degree in 1972. In 1997,  he received an Honorary Doctorate of Letters from the University of Queensland, and he was named their Alumnus of the Year in 1998. While attending college, Geoffrey began working with Queensland Theatre Company, appearing in 17 plays. He traveled to Paris in 1975 and spent two years studying theatre, mime, and movement at L'École Internationale de Théâtre Jacques Lecoq. 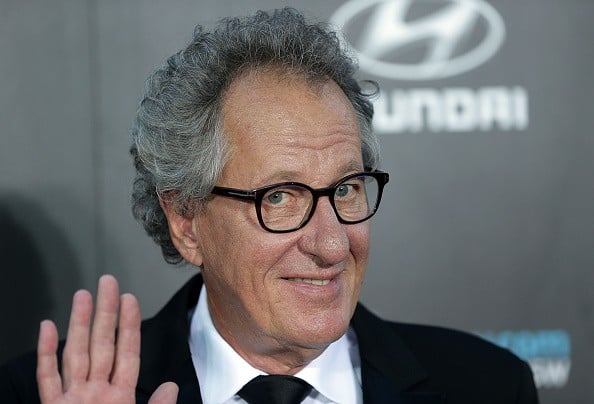 In 2004, Rush played the title role in the HBO movie "The Life and Death of Peter Sellers" and won an Emmy, Golden Globe, and Screen Actors Guild Award for his performance. Geoffrey played Lionel Logue in 2010's "The King's Speech," which earned him his fourth Academy Award nomination, then he starred in "The Eye of the Storm" (2011), "The Best Offer" (2013), and "The Book Thief" (2013). In 2015, he appeared in "The Daughter" and "Holding the Man" and served as the narrator in the massive hit "Minions," which grossed $1.159 billion at the box office. Rush played the sun deity Ra in 2016's "Gods of Egypt," and in 2017, he appeared in the film "Final Portrait" and portrayed Albert Einstein in the National Geographic miniseries "Genius," which earned him nominations from the Primetimes Emmys, Golden Globes, and Screen Actors Guild Awards. In 2019, he executive produced and starred in the family drama "Storm Boy," which is based on a 1964 Colin Thiele novella of the same name.

Geoffrey married actress Jane Menelaus on November 20, 1988, and they welcomed daughter Angelica in 1992 and son James in 1995. In November 2017, the tabloid "The Daily Telegraph" reported that Rush had engaged in "inappropriate behaviour" with a co-star onstage during a Sydney Theatre Company production of "King Lear." Eryn Jean Norvill alleged that Geoffrey had "touched her genitals during the production of 'King Lear' without her consent" on five consecutive nights in 2015. Rush filed a defamation lawsuit against "The Daily Telegraph" and he was awarded $850,000 in November 2018. The following month, the publication was ordered to pay Geoffrey $2.87 million.

In December 2018, "The New York Times" interviewed actress Yael Stone (best known for her role on "Orange Is the New Black"), who alleged that Rush had committed sexual misconduct when they co-starred in a production of "Diary of a Madman" in 2010 and 2011. She revealed that the two shared a dressing room and that Geoffrey tried to watch her while she was showering. Stone stated, "I remember I looked up to see there was a small shaving mirror over the top of the partition between the showers and he was using it to look down at my naked body." She also said that Rush danced naked in front of her and sent her vulgar text messages. Geoffrey responded by accusing Yael of making allegations that were "incorrect and in some instances have been taken completely out of context." 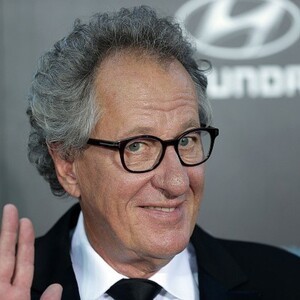