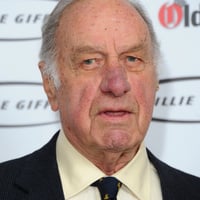 Geoffrey Palmer net worth: Geoffrey Palmer is an English actor who has a net worth of $10 million. Geoffrey Palmer was born in London, England in June 1927. He has more than 175 acting credits to his name going all the way back in 1955. Palmer starred as Ben Parkinson on the television series Butterflies from 1978 to 1983. From 1992 to 2005 he starred as Lionel Hardcastle on the TV series As Time Goes By. He has starred in many sitcoms also including The Fall and Rise of Reginald Perrin from 1976 to 1979. Palmer has starred in several films over the years with some of the most popular including A Fish Called Wanda, The Madness of King George, Mrs. Brown, and Tomorrow Never Dies. He has also starred in other movies including Peter Pan and The Pink Panther 2. In his many years and roles it is interesting to note that he has not won or even been nominated for any notable awards, but he was appointed an Officer of the Order of the British Empire in 2004.