How much is Geoffrey Owens Worth?

Geoffrey Owens net worth and salary: Geoffrey Owens is an American actor and director who has a net worth of $300 thousand. Geoffrey Owens was born in Brooklyn, New York in March 1961. Geoffrey is the son of former United States Congressman Major Owens. Geoffrey Owens teaches acting classes in New York City at HB Studio. From 1985 to 1992 he starred as Elvin Tibideaux on the television series The Cosby Show. In 1997 Owens starred as Robert Watkins in the TV series Built to Last. He has starred in the movies The Paper, Stonebrook, The Cross, Play the Game, Dreams, and Romeo and Juliet. Owens has also appeared in episodes of the TV series Law & Order, Law & Order: Special Victims Unit, That's So Raven, Boston Legal, Las Vegas, Medium, Without a Trace, Flashforward, The Secret Life of the American Teenager, It's Always Sunny in Philadelphia, and The Affair. Owens won a Young Artist Award in 1989 and a TV Land Award in 2011 for The Cosby Show. In late August 2018, Geoffrey was in the news after someone spotted him working at a Trader Joe's in New Jersey. Multiple news outlets used photos that a shopper took without Geoffrey's permission to shame the actor for having to work a normal job. Geoffrey appeared on Good Morning America soon thereafter and explained that he had been working at Trader Joe's for 15 months and liked that the job gave him a steady income while also being flexible to allow him to go out for auditions. Frankly he should be applauded for working at Trader Joe's. Working hard at any job is honorable. 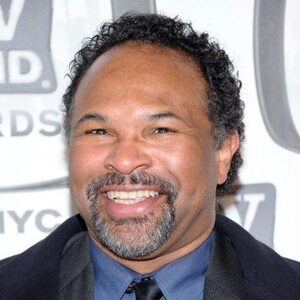