Geoffrey Lewis net worth: Geoffrey Lewis was an American character actor who had a net worth of $3 million. He was known for his film roles alongside actors Clint Eastwood and Robert Redford.

Geoffrey Lewis was born in San Diego, California in July 1935 and passed away in April 2015. Lewis had over 200 acting credits to his name. From 1980 to 1981 he starred as Earl Tucker in the television series Flo. He starred as Amos Tucker in the TV series Gun Shy in 1983 and as Lucas Crosby in the series Falcon Crest in 1984. From 1995 to 1996 Lewis starred as Willis P. Dunleevy in the television series Land's End. He starred in the movies Bad Company, The Culpepper Cattle Co., Moon of the Wolf, Dillinger, High Plains Drifter, My Name is Nobody, Macon County Line, Thunderbolt and Lightfoot, Lucky Lady, Smile, The Great Waldo Pepper, The Wind and the Loin, The Return of a Man Called Horse, Every Which Way But Loose, Shoot the Sun Down, Silver Saddle, Salem's Lot, Centennial, Human Experiments, Any Which Way You Can, Bronco Billy, Heaven's Gate, Tom Horny, I, the Jury, The Shadow Riders, 10 to Midnight, Night of the Comet, Lust in the Dust, Stitches, Catch Me If You Can, Fletch Lives, Pink Cadillac, Tango & Cash, The Lawnmower Man, Army of One, The Man Without a Face, Maverick, National Lampoon's Last Resort, Midnight in the Garden of Good and Evil, Five Aces, The New Guy, Renegade, The Devil's Rejects, and Miss Nobody. Lewis was nominated for a  Golden Globe Award in 1981 for Flo.

Geoffrey Lewis passed away on April 7, 2015 at the age of 79. His daughter is actress Juliette Lewis. 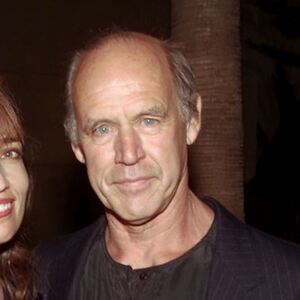