Geoffrey Arend net worth: Geoffrey Arend is an American actor who has a net worth of $2 million dollars. Geoffrey Arend was born in New York, New York and graduated from Fiorello H. LaGuardia High School of Music & Art and Performing Arts in the mid-90s. He began his professional career as a voice over artist, voicing the character of Charles 'Upchuck' Ruttheimer III on the hit cartoon series, "Daria" for four seasons. He then began guest starring on multiple television shows, including, "Undeclared", "Law and Order", "Love Monkey", and "Greek". He also began appearing in television movies and films, such as, "Super Troopers", "Porn n' Chicken", "Garden State", and "The Ringer". He began to gain more notice when he was cast on the short-lived series, "Trust Me". In 2011, he was cast in the role that would bring him widespread attention, as Ethan Gross on "Body of Proof". The show was recently cancelled, but is slated for pickup by another network. Geoffrey was married to fellow actor Christina Hendricks from 2009 to 2019.

Real Estate: Soon after divorcing, Christina and Geoffrey sold their New York City condo for $1.2 million, which was a tiny bit more than they paid back in 2016. In June 2020 Geoffrey paid $1.2 million for a new home in Los Angeles. 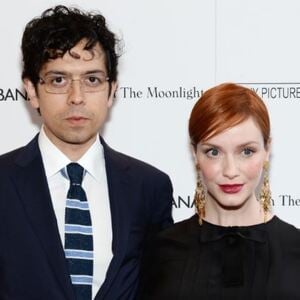