Genie's first role came as Alice Dennison on the television series Family in 1976. In 1983 Francis starred as Patricia "Tyger" Hayes on the series Bare Essence. She starred as Brett Main Hazard in the TV mini-series North and South in 1985 and North and South, Book II in 1986. From 1990 to 1992 Francis starred as Ceara Connor Hunter in the soap opera All My Children. She starred as Genevieve Atkinson in the soap opera The Young and the Restless from 2011 to 2012. Francis has won a Daytime Emmy Award, a Soap Opera Digest Award, a Soapy Award, and a Young Artist Award.

Genie has been married to actor/director Jonathan Frakes since 1988. They have two children together. Frakes is perhaps best-known for his work as an actor and director in the Star Trek world. He is also a prolific director of dozens of television shows.

Real Estate: In 2017, Jonathan and Genie spent $2.8 million on a home in Woodland Hills, California. In June 2019 they listed the house for sale for just under $4 million. They previously owned a large Colonial mansion in Beverly Hills for nearly 30 years. They sold this house in 2015 for $12 million. 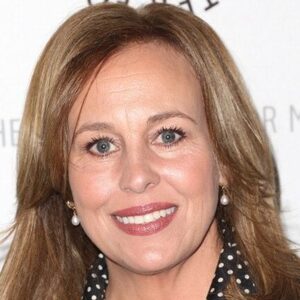