How much is Gene Hackman Worth?

Gene Hackman Net Worth and Salary:  Gene Hackman is an American retired actor and novelist who has a net worth of $80 million. During his nearly 50-year career, Hackman has won more than 30 awards, including two Academy Awards, four Golden Globes, and two BAFTAs. Gene's performance as Buck Barrow in 1967's "Bonnie and Clyde" launched his career, and he is best-known for award-winning roles in films such as "The French Connection" (1971), "Unforgiven" (1992), and "The Royal Tenenbaums" (2001). Hackman retired from acting in 2004, but he has continued to write, publishing "Payback at Morning Peak" in 2011 and "Pursuit" in 2013. He has also co-written three historical fiction novels with undersea archaeologist Daniel Lenihan: 1999's "Wake of the Perdido Star," 2004's "Justice for None," and 2008's "Escape from Andersonville."

Early Life: Gene Hackman was born Eugene Allen Hackman on January 30, 1930, in San Bernardino, California. His father, Eugene (a printing press operator for the "Commercial-News"), and mother, Anna, divorced in 1943, and Eugene abandoned Gene and his brother, Richard. After living in several cities, Gene grew up in Danville, Illinois, and he became interested in acting at the age of 10. He attended Storm Lake High School in Iowa but dropped out at 16 to enlist in the Marine Corps (after lying about his age), where he served as a field radio operator for 4 1/2 years. Hackman was discharged in 1951 and moved to New York; he later enrolled at the University of Illinois to study television production and journalism, then relocated to Los Angeles and began taking acting classes at the Pasadena Playhouse Theatre in 1956. He became good friends with classmate Dustin Hoffman, and the two were roommates after Gene moved to NYC in 1957.

Career: In 1958, Hackman was cast in an off-Broadway production of "Chaparral," and he made both his big screen and television debut in 1961, appearing in the film "Mad Dog Coll" as well as an episode of "Tallahassee 7000." Gene's big break came after director Robert Rossen cast him in 1964's "Lilith," alongside Warren Beatty, who later helped Hackman land the role of Buck Barrow in "Bonnie and Clyde" (1967); the role would earn Gene his first Oscar nomination. He was offered the role of Mike Brady on "The Brady Bunch" but turned it down on his agent's advice. In 1970, Hackman starred in "I Never Sang for My Father," earning another Best Supporting Actor Academy Award nomination, and he won the Best Actor Oscar for 1971's "The French Connection." In 1972, he appeared in "The Poseidon Adventure," and the following year, the BAFTA Film Awards honored him with the Best Actor award for his work in that film as well as "The French Connection." In 1974, Gene appeared in Francis Ford Coppola's "The Conversation," which earned him a National Board of Review Award for Best Actor, and future classic "Young Frankenstein." 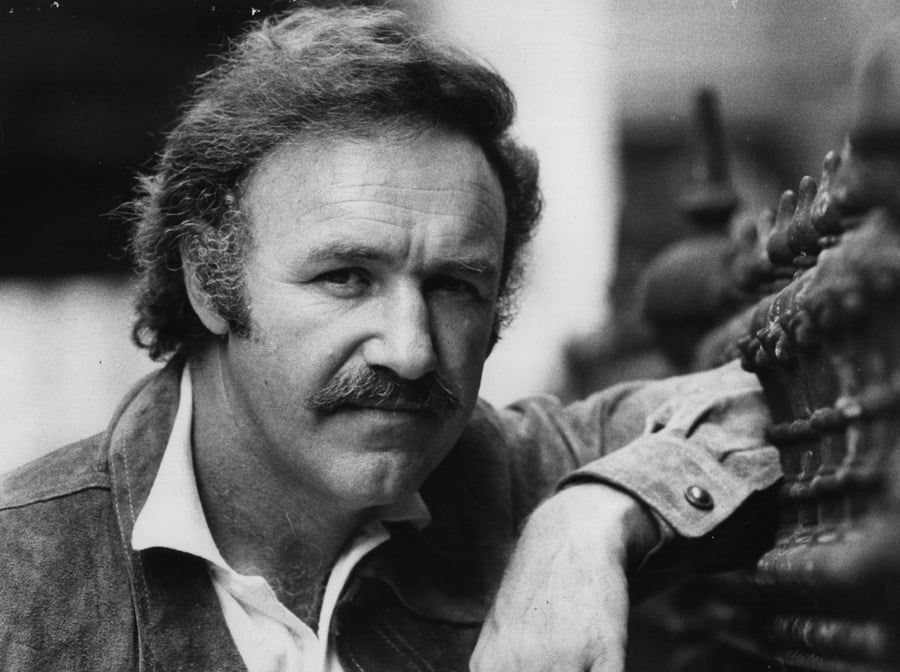 In 1978, Hackman showed his villainous side as Lex Luther in "Superman: The Movie," and he reprised his role in 1980's "Superman II" and 1987's "Superman IV: The Quest for Peace." In the 1980s, he starred in several notable films, including "Red" (1981), "Hoosiers " (1986), and "No Way Out" (1987), and he earned an Oscar nomination and National Board of Review Award for his role as an FBI Agent in "Mississippi Burning" (1988). In 1993, Gene won his second Academy Award for the Clint Eastwood-directed Western "Unforgiven." That year, he also played a corrupt lawyer in "The Firm" and followed it up with roles in 1994's "Wyatt Earp" and 1995's "The Quick and the Dead," "Crimson Tide," and "Get Shorty." Due to his retirement in July 2004, Hackman has only made nine films in the 2000s, including "Under Suspicion" (2000) and "Behind Enemy Lines" (2001). He earned critical acclaim and several awards for his performance in Wes Anderson's "The Royal Tenenbaums" (2001), and in 2003, he co-starred with his friend Dustin Hoffman in "Runaway Jury," which was the third film of Hackman's that was based on a John Grisham novel. His final film was 2004's "Welcome to Mooseport," and since his retirement, Gene has narrated two television documentaries: 2016's "The Unknown Flag Raiser of Iwo Jima" and 2017's "We, the Marines."

Personal Life: Gene married Faye Maltese on January 1, 1956, and they had three children together, Christopher, Elizabeth, and Leslie, before divorcing in 1986. He went on to marry Betsy Arakawa in December 1991. Hackman has competed in several racing competitions, including the 24 Hours of Daytona Endurance Race and the Long Beach Grand Prix Celebrity Race. In 1990, Gene underwent an angioplasty after he began having chest pains while vacationing in Oregon, and in 2012, he was hit by a car while riding a bike in the Florida Keys.

Awards and Honors: In 1972, Hackman won a Best Actor Academy Award for "The French Connection," and he won the Best Supporting Actor Oscar for "Unforgiven" in 1993. These two films also earned him BAFTA Awards, Golden Globes, and New York Film Critics Circle Awards. At the Golden Globes, Gene also won the Cecil B. DeMille Award (2003) and the Best Performance by an Actor in a Motion Picture – Comedy or Musical award for his performance in "The Royal Tenenbaums." Though the majority of Hackman's awards honored his work in "The French Connection," "Unforgiven," and "The Royal Tenenbaums," he has won awards for "The Poseidon Adventure," "Mississippi Burning," "The Birdcage," "Bonnie and Clyde," and "The Conversation" as well. In 2015, he received the Career – Honorary Award at the CinEuphoria Awards.

Real Estate: For many years, Gene has made Santa Fe, New Mexico his home. His current primary residence is a 12-acre property that he and Betsy extensively remodeled and re-designed. In the 1980s, he owned a 25-acre property in Montecito, California, which he sold for $5.5 million in 1985; in 2015, a later owner sold this house for $25 million. Hackman also previously owned a house in Pebble Beach, California, which he sold in 1993; this home was listed for $79 million in 2012. 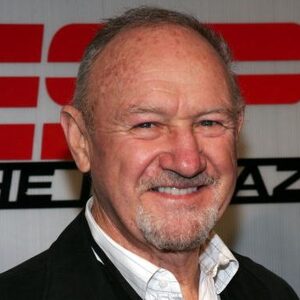