Gene Chandler Net Worth: Gene Chandler is an American musician and producer who has a net worth of $2 million. Born Eugene Dixon in Chicago, Illinois, in 1937, Gene Chandler grew up on the south side of the Windy City and started playing music during the '50s. Chandler performed with The Gaytones before joining The Dukays in 1957 as their singer.

He was drafted to the U.S. Army soon after joining the band, but returned after being discharged in 1960. Chandler and The Dukays earned their first recording contract. He released the song "Duke of Earl" as a solo act and sold more than million copies over the course of a month. The song sat atop the Billboard charts for more than three weeks. Soon after, Chandler took on the persona of the Duke of Earl, wearing a cape, monocle, and top hat, while carrying a cane. He appears on-screen as the Duke character in 1962's "Don't Knock the Twist" with Chubby Checker. His singles continued to garner popularity and soon, Chandler started his own production company and record labels. His single, "Groovy Situation", became the second biggest hit of his career. Chandler ventured into disco during the late '70s. He was later inducted in the Rhythm and Blues Foundation in 1997 and his song, "Duke of Earl", is part of the Grammy Hall of Fame and is on the Rock and Roll Hall of Fame's list of the 500 songs that shaped the genre. Chandler continues to perform around the U.S., most frequently in his hometown and Las Vegas, Nevada. 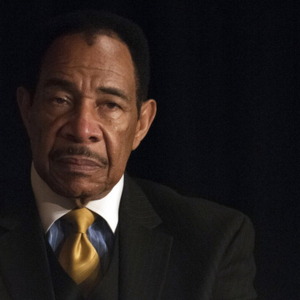