Gemma Collins net worth: Gemma Collins is an English television personality and car saleswoman who has a net worth of $4 million. Gemma Collins was born in Romford, Essex, England in February 1981. Collins is best known for being a cast member of the ITV2 reality TV series The Only Way is Essex.

She attended the Sylvia Young Theatre School and acting productions including The Sound of Music. She has been featuring on television series such as This Morning, Loose Women, Big Brother's Bit on the Side, 8 Out of 10 Cats, Celebrity Juice, and I'm a Celebrity…Get Me Out of Here! NOW!. She participated in the ITV series Splash! In 2013 but was eliminated early. After spending 72 hours in the jungle she withdrew from ITV's I'm a Celebrity…Get Me Out of Here! in 2014. Collins and her friends were filmed for two weeks for The Only Way Is Essex. She was then hired and joined the cast of TOWIE for its second season in 2011 and her mother Joan joined the cast in 2012. Gemma posted nude for Heat in 2011. She also had a public weight battle the same year. 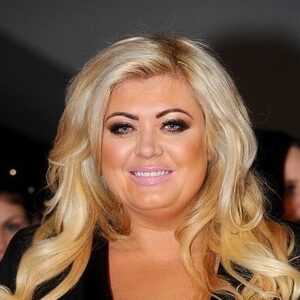