Gemma Arterton Net Worth: Gemma Arterton is an English actress who has a net worth of $13 million dollars. Gemma Arterton was born on February 2, 1986 in Gravesend, Gravesham, Kent, England where she attended Gravesend Grammar School for Girls, in Kent, and made her stage debut there in an amateur production of "The Boy Who Fell into a Book".

The play was entered into a competition at a local festival, and Gemma won the best actress prize. When she was 16, Arterton attended Miskin Theatre School in Dartford. She then received a full government grant to study at the Royal Academy of Dramatic Art, which she graduated from in 2008. That same year she appeared in the James Bond film, "Quantum of Solace". Arterton plays Bond Girl Strawberry Fields The same year, she played the eponymous protagonist in the BBC adaptation of "Tess of the D'Urbervilles". Also in 2008, she played the role of Elizabeth Bennet in the ITV serial, "Lost in Austen". She is the face of Avon's Bond Girl 007 fragrance, which launched in October 2008. Arterton was seen in the 2010 films "Clash of the Titans" and "Prince of Persia: The Sands of Time". During 2014 Arterton is set to appear in two stage plays in London. 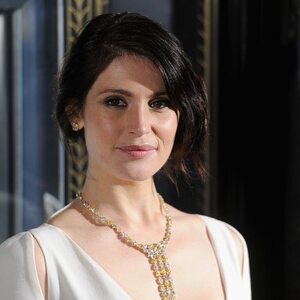