Ge You Net Worth

in Richest Celebrities › Actors
Ge You Net Worth:
$30 Million

Ge You Net Worth: Ge You is a Chinese actor who has a net worth of $30 million. Born in Beijing, China, in 1957, Ge You is one of the best-known actors in China and is particularly praised for his work with comedic roles. He made his on-screen debut in 1985's "Mountain's Daughter" as Zhu Guangjin.

He went on to appear in 1988's "The Troubleshooters", 1989's "Ballad of the Yellow River", 1991's "Girl of the Times", 1992's "Divorce Wars", and 1993's "The Vanished Woman" before earning the Golden Rooster Award for Best Actor in 1993 for "After Separation", in which he played the part of Gu Yan. He appeared in "Farewell My Concubine" and "Born Coward" and received Best Actor honors at the Cannes Film Festival in 1994 for "To Live". You has gone on to appear in dozens more movies, including "The Hero of Swallow", "The Emperor's Shadow", "Be There or Be Square", "Butterfly Smile", "Gasp", "Cala, My Dog!", "A World Without Thieves", "If You Are the One", "Desires of the Heart", "The Founding of a Republic", "Let the Bullets Fly", "If You Are the One 2", "Personal Tailor", and "Gone with the Bullets". You won Best Actor honors at the 2002 Hundred Flowers Awards. 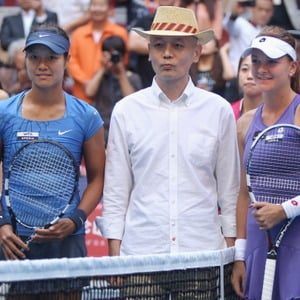