Gavin Magnus net worth: Gavin Magnus is an American social media personality, actor, and musical artist who has a net worth of $1.5 million. He is best known for being a YouTube star.

Gavin Magnus was born in March 2007. He is popular on YouTube, Instagram, and Tik Tok and has more than 30 million total views and one million fans. Magnus starred as Gavin on the television series Magnutizers in 2016. He also wrote and directed the series. Magnus appeared on the TV series Jam Jr from 2018 to 2019. In 2020 he was nominated for a Short Award for Best Breakout YouTuber. Gavin Magnus signed with Capitol Records in 2019. In 2018 he became a member of the Rock Your Hair squad. Magnus has more than 50 million views for YouTube cover of the song "Senorita". He starred on the Dreamworks TV series When Sports Collide and appeared as Byron in the movie Timecrafters. His video for the song "Crushin" with Piper Rockelle had more than five million views. 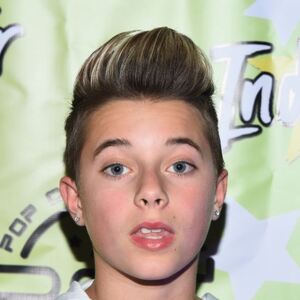