Gattlin Griffith Net Worth: Gattlin Griffith is an American actor who has a net worth of $500 thousand dollars. Born in California in 1998, Gattlin Griffith made his on-screen debut as a toddler in 2002's "Reckoning". Six years later, he earned acclaim for the part of Walter James Collins, Jr., in 2008's "Changeling" alongside John Malkovich and Angelina Jolie.

He went on to appear as Robert in "Couples Retreat", Samuel James in "The New Daughter", Timothy Tyson in "Blood Done Sign My Name", Bill Bob in "The River Why", Young Harold Johnson in "Green Lantern", and Henry Wheeler in "Labor Day". Griffith's TV appearances include small roles in "Untold Stories of the ER", "Cold Case", "How I Met Your Mother", "Monk", "Eli Stone", "Eleventh Hour", "Without a Trace", "Criminal Minds", "Castle", and "Supernatural". Griffith has starred in a handful of commercials for Home Depot, Yamaha, Disney Parks, and Burger King. He's shared the screen with notable actors such as Vince Vaughn, Kristen Bell, Jason Bateman, Kristin Davis, Jared Padalecki, Neil Patrick Harris, Alyson Hannigan, Jonny Lee Miller, Victor Garber, and Jason Segel. As of 2014, he currently attends Bishop Alemany High School and is set to graduate in 2017. Griffith plays football for the Santa Clarita Warriors. 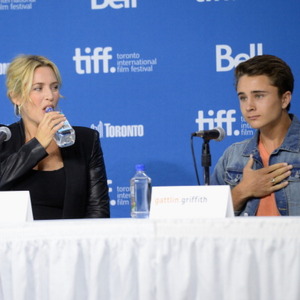