How much is Gates McFadden Worth?

Gates McFadden net worth: Gates McFadden is an American actress who has a net worth of $3 million dollars. Cheryl Gates McFadden (born in March of 1949) who is better known by her stage name of Gates McFadden, is best known for her acting and choreography work in American cinema. Her most notable role is playing Dr. Beverly Crusher in the TV series Star Trek: The Next Generation. As well as four full-length spin-off films that were adapted from the series. McFadden hails from Ohio, and then moved to Massachusetts to earn her bachelor's degree in theatre arts. She then traveled to Paris to continue her theatre studies in a live-action setting. In the mid-to-late 80s, she got her start in choreography by working for Jim Hensen productions, where she did both live action and puppet choreography, as well as acting in various films. It was here she began distinguishing herself as Gates for choreography work, and Cheryl for her acting work, though the former began to take preference throughout the industry. McFadden has one child, a son, James McFadden Talbot who was born in 1991. While pregnant, rather than adjusting the script, her Star Trek character wore lab coats to hide her later trimesters. 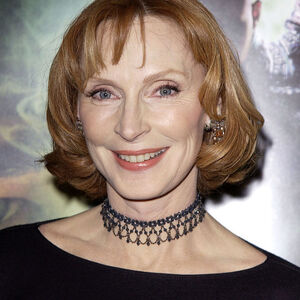