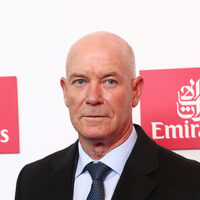 Gary Sweet Net Worth: Gary Sweet is an Australian actor who has a net worth of $3 million. Gary Sweet was born in May of 1957 in Melbourne, Australia. He is best known for his work in Alexandra's Project, in 2003, Police Rescue, Cody, Big Sky, Bodyline, and Stingers. Sweet graduated from college with a teaching degree, but later began acting, gaining a role in Nightmares. This was in the early 2980s and the film was considered to be very low budget and a horror flick. He then began appearing regularly on The Sullivans, which was an ongoing TV series, as Leslie "Magpie" Maddern, for which he gained widespread acclaim. Throughout the 80s he then began taking on various roles in both TV and film. Then in 2001 he branched out into theater with The Club, as well as The Recruit, which was a production for the Melbourne Theatre Company. Sweet also played in Oh, What a Night, which was a tribute to Frankie Valli, and in the 2013 musical comedy, Little Orphan Annie. For his efforts, Sweet has earned a number of awards, including two Australian Film Institute Awards, two Logie Awards, and an induction into the Australian Film Walk of Fame, an honor he received in 2011.