How much is Gary Dourdan Worth?

Gary Dourdan Net Worth: Gary Dourdan is an American actor who has a net worth of $500 thousand. Gary Dourdan obtained his net worth by playing the part of Warrick Brown on the television series CSI: Crime Scene Investigation. Born on December 11, 1966, in Philadelphia, Pennsylvania, US, he is best known for his portrayal of detective Warrick Brown on the CBS's blockbusting series CSI: Crime Scene Investigation. Dourdan, the second youngest of Dourdan's family five children, attended "Freedom Theater," an inner-city program for aspiring actors as an adolescent. Thanks to his talent in the field, he got a chance to travel to Manhattan on a weekly basis for musical training and dramatic auditions. Memorably handsome actor as he became, Gary Dourdan made his big breakthrough in the early '90s with no effort whatsoever as part of the Alien film franchise in 1997. While three years later, he started to accumulate an enormous following as a cast member of the original CSI series, which debuted on October 6, 2000. But apart from establishing himself as a top-notch TV star, Dourdan can be also seen playing various feature movie roles. His most recent yet notable film turns include those in the film Perfect Stranger (as Halle Berry's love interest) and 2011's Jumping the Broom. 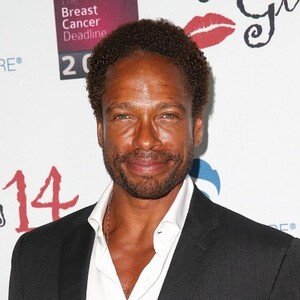