Gary Collins net worth: Gary Collins was an American actor and talk show host who had a net worth of $3 million at the time of his death. Gary Collins was born in Venice, California in April 1938 and passed away in October 2012. From 1965 to 1966 he starred as Lt. Rip Riddle on the television series The Wackiest Ship in the Army.

Collins starred as Dave Tarrant on the TV series Iron Horse from 1966 to 1968. In 1972 he starred as Dr. Michael Rhodes on the series The Sixth Sense. Gary Collins starred as George Adamson on the television series Born Free in 1974. He served in the Army and was married twice including to Mary Ann Mobley. He appeared in films including The Pigeon That Took Rome, Angel in My Pocket, Airport, Quarantined, Houston, We've Got a problem, The Night They Took Miss Beautiful, Killer Fish, Watchers Reborn, The Jungle Book: Search for the Lost Treasure, Hangar 18, and more. He won a Daytime Emmy Award in 1984 for Outstanding Host or Hostess in a talk or Service Series for Hour Magazine and he received a star on the Hollywood Walk of Fame in 1985 for Television. Gary Collins passed away on October 13, 2012 at 74 years old. 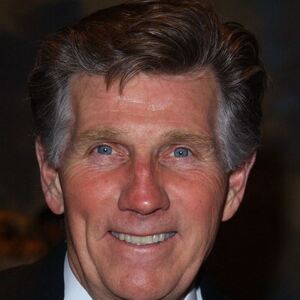