What is Gary Busey's net worth and salary?

Gary Busey is an American film and stage actor who has a net worth of $500 thousand. Gary Busey is best-known for appearing in movies like "The Buddy Holly Story," "The Firm," "Lost Highway," "Point Break," and "Black Sheep." He has also appeared on several television shows including "Gunsmoke," "Walker, Texas Ranger," "Law & Order," and "Entourage." Busey is also known for being a wild card on reality shows like "Celebrity Apprentice" (which he has appeared on twice, in Season 4 and Season 6) and "Celebrity Rehab with Dr. Drew."

William Gary Busey was born on born June 29, 1944, in Goose Creek, Texas. When he was in the fourth grade, his family moved to Tulsa, Oklahoma. He attended Bell Junior High School and Nathan Hale High School. He enrolled at a community college in Kansas and then transferred to Pittsburg State University in Kansas on a football scholarship. He wanted to be a professional football player until he blew out his knee and lost his athletic scholarship. He transferred to Oklahoma State University and dropped out just one class short of graduation. He became interested in acting in college. 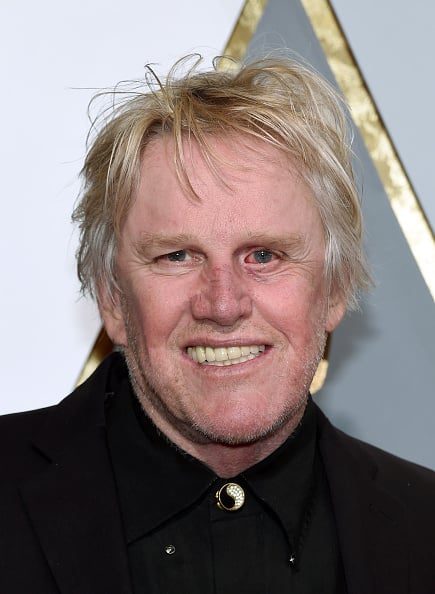 Busey first started working as an entertainer when he was a drummer in a band in the 1960s and '70s under the pseudonyms "Teddy Jack Eddy" and "Sprunk." Busey made his film debut in 1974 in "Thunderbolt and Lightfoot" as a supporting character opposite Clint Eastwood. He had his first breakthrough role in "The Buddy Holly Story" in 1978. Busey played the title character and was nominated for an Academy Award for Best Actor. He was awarded the Best Actor award from the National Society of Film Critics for this role. Throughout the 1980s, Busey worked regularly in films including "Silver Bullet," "Insignificance," "Barbarosa," and "Bulletproof." Busey starred in the "Lethal Weapon" movies as an antagonist to the characters played by Mel Gibson and Danny Glover as well.

In the 1990s, Busey appeared in a number of high-profile films including "Point Break," Predator 2," "Under Siege," "Rookie of the Year," "The Firm," and "Fear and Loathing in Las Vegas." The 2000s saw Busey appearing in the Comedy Central reality show "I'm With Busey," voicing himself in an episode of "The Simpsons," and performing in the television mini-series "Into the West," among a number of other roles on TV and in film. Busey also provided his voiceover talent on the game "Grand Theft Auto." In 2006, Busey appeared in the controversial Turkish nationalist film "Valley of the Wolves." The movie was accused of being fascist, anti-Semitic, and anti-American. In 2007, Busey appeared on three episodes of the HBO series "Entourage" as an even more eccentric parody of himself.

In the late 2000s, Busey became a bit of a regular on a number of reality television shows, including "Celebrity Rehab with Dr. Drew," "Celebrity Apprentice 4", "Celebrity Apprentice 6," "Celebrity Paranormal Project,"  and "Celebrity Fit Club." In 2014, he was the first American to win the U.K. version of "Celebrity Big Brother." In 2015, he was a contestant on the 21st season of "Dancing with the Stars." Busey was paired with dancer Anna Trebunskaya. They were eliminated in week four of the competition, which put them in 10th place.

During the summer of 2019, it was announced that Busey would play God in the Off-Broadway musical "Only Human."

In 2020, Busey appeared on the television show, "Gary Busey: Pet Judge," on Amazon Prime. On the show, Busey presides over a court in with the plaintiffs and defendants resolve fights about their pets. It isn't a reality show. It's scripted and cast with actors and every bit as strange and hilarious as it sounds. 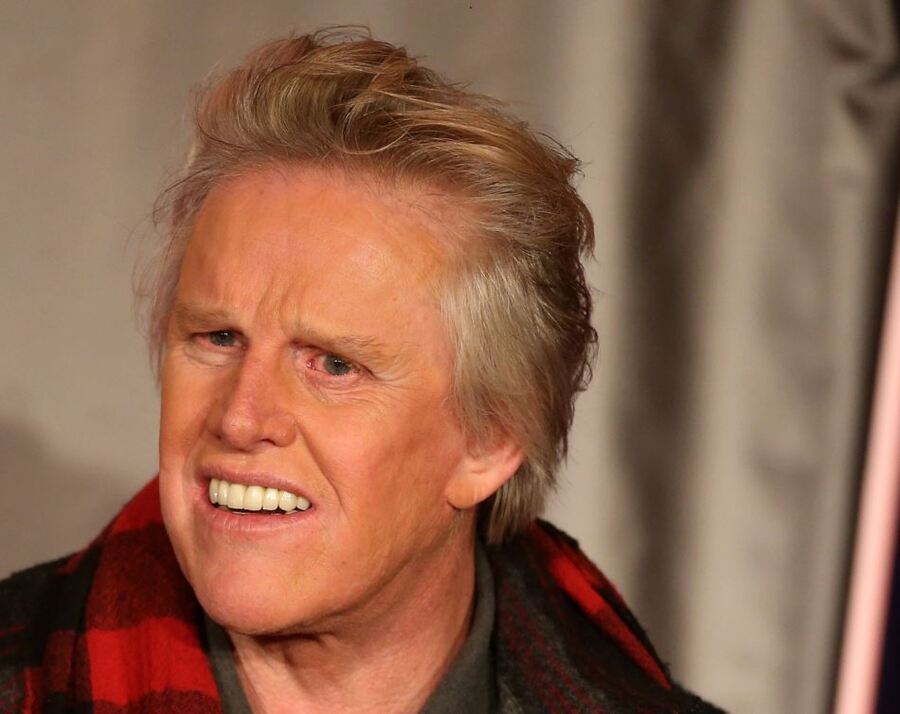 
In 2008 it was reported that Gary had been evicted from his Malibu rental after allegedly failing to pay rent.

Sadly, Gary Busey has experienced some difficult financial times. On February 6, 2012, Gary Busey filed for Chapter 7 bankruptcy protection in California claiming to be more than $500,000 in debt. In the filings, Busey stated that he had less than $50,000 in real assets and roughly $500,000-$1 million in debt to various parties including the IRS, Wells Fargo, UCLA Medical Center, and others.

Busey got married for the first time to Judy Helkenberg. They have one son, Jake Busey, who was born in 1971. Jake is an actor like his dad. Busey and Helkenberg divorced in 1990.

Busey has two more children — a daughter named Alectra from a past relationship, and a son named Luke who was born to his wife Steffanie Sampson in 2010.  Steffanie is a comedian and clinical hypnotherapist.

In 1988, Busey was seriously injured in a motorcycle accident. He was not wearing a helmet and his skull was fractured. During the brain surgery for the subdural hematoma he incurred in the accident, Busey died briefly. While he was dead, he claims to have gone to the other side and gotten spiritual information. Doctors believed that the crash and skull fracture led to permanent brain damage. Busey doesn't believe he has brain damage.

In 1997, Busey had a plum-sized cancerous tumor removed from his sinuses.

He has no sinuses or tear ducts due to cancer.

In the 1980s and early 1990s, Busey was addicted to cocaine. He overdosed in May 1990 and claims to have not touched cocaine since that day.

Gary Busey has been a longtime resident of Malibu, California. He can often be seen out and about grocery shopping and going about his business in Malibu. 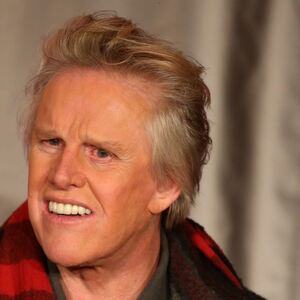