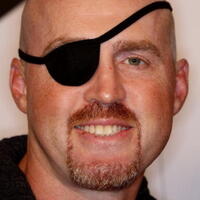 Garrett Warren net worth: Garrett Warren is an American stuntman and actor who has a net worth of $2 million. Garrett Warren has over 100 credits as a stuntman and has taught Martial Arts and Fight Choreography to many famous celebrities such as Jada Pinkett Smith, Jessica Alba, Alexa Davalos, Jaime Pressly, Casper Van Dien, John Travolta, and The Rock. He has also served as a personal trainer for Denise Richards, Heather Locklear, Wayne Gretzky, Eddie Van Halen, and Kate Hudson. Warren is a 5th Degree Black belt in Tae Kwon Do and he has won three World Martial Arts Championships. He is also the founder of the Garrett Warren Training Center in Agoura Hills, California. As an actor he had recurring roles in the TV series Melrose Place, Walker, Texas Ranger, and Desperate Housewives. He also starred in the movies Double Dragon, Welcome to the Jungle, Spider-Man 2, The Fifth Commandment, The Butcher, and The Losers. Warren has done stunts or coordinated them for the TV series Raven, The Invisible Man, Threat Matrix, and The Last Ship. He has also worked on the movies On Deadly Ground, Starship Troopers, My Giant, Charlie's Angels, The Tuxedo, National Security, Be Cool, Sin City, Kiss Kiss Bang Bang, War of the Worlds, Fun with Dick and Jane, Mission: Impossible III, Transformers, Bedtime Stories, Night at the Museum 2, Transformers: Revenge of the Fallen, A Christmas Carol, Alice in Wonderland, Iron Man 2, Little Fockers, X-Men: First Class, Transformers: Dark of the Moon, Larry Crown, Lincoln, The Internship, Godzilla, Transformers: Age of Extinction, and Teenage Mutant Ninja Turtles. Warren has been nominated for three Screen Actors Guild Awards and two World Stunt Awards. In 2000 Warren was shot four times by a gunman in his apartment and his ex-wife was sentenced to 12 years for attempting murder.