Garrett Hedlund net worth and salary: Garrett Hedlund is an American actor and singer who has a net worth of $8 million dollars. Garrett John Hedlund was born in Roseau, Minnesota in September 1984. He hired an acting coach with the tip money he made as a waiter. Garrett modeled for LL Bean and Teen magazine.

He moved to Los Angeles, CA at 18 to pursue his career in acting. In 2004 he got his first film role in the movie Troy. For this role he as nominated for a Teen Choice Award. The same year he also starred as Don Billingsley in Friday Night Lights. He was nominated for a Black Reel Award for 2005's Four Brothers. He also starred in Eragon, Georgia Rule, and Death Sentence. In 2010 he played a leading role in the remake of Tron: Legacy for which he won the Young Hollywood Award for Actor of the Year and was nominated for a Saturn Award. Hedlund has also starred in the films Country Strong, On the Road, and Inside Llewyn Davis. He recorded several songs for Country Strong that were featured on soundtracks for the film. His duet "Give In To Me" with Leighton Meester made it to #79 on the Billboard Hot 100 chart. He was named Man of the Year at the Glamour Awards in 2011. In 2017 he starred in the critically acclaimed film "Mudbound". In 2018 he appeared in the HBO drama series "Mosaic". 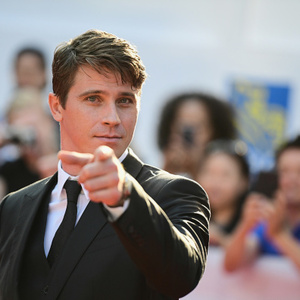