Garou Net Worth: Garou is a Canadian musician who has a net worth of $10 million. Born Pierre Garand in 1972 in Sherbrooke, Quebec, Canada, Garou started playing guitar when he was a toddler. After a stint in the Canadian military, Garou started up his own band in 1992 and was invited to play Quasimodo in the "Notre-Dame de Paris" musical by Luc Plamondon. The part catapulted Garou to stardom, leading to his successful pop music career, primarily in France, Europe, and his home province. Garou's debut album, "Seul", was the bestselling record in France for 2001 and went triple platinum in his home country. His follow-up effort, 2003's "Reveins", went double platinum in France, selling more than 500,000 copies. Garou has since released "Garou" in 2006, "Piece of My Soul" in 2008, "Gentleman cambrioleur" in 2009, "Version integrale" in 2010, "Rhythm and Blues" in 2012, and "Au milieu de ma vie" in 2013. "Piece of My Soul" was the singer's first English album. He is one of France and French Canada's biggest pop idols. Garou appeared with Celine Dion to celebrate Quebec's 400th anniversary. He has performed at several charity events, including 13 straight years at Les Enfoires. Garou is famous for his collaborative work, including making music with Michel Sradou, Rob Thomas, Pascal Obispo, and Jean-Jacques Goldman. 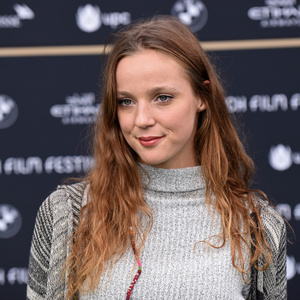