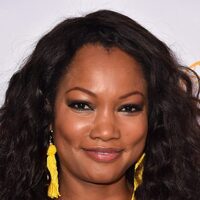 Garcelle Beauvais Net Worth and Salary: Garcelle Beauvais is a Haitian actress, singer, and former fashion model who has a net worth of $8 million. Garcelle Beauvais was born on November 26, 1966, in St. Marc, Haiti. She is perhaps best-known for her roles on television shows like The Jamie Foxx Show, Models Inc., NYPD Blue and roles in films like Coming to America, White House Down and Coming 2 America.

Prior to becoming an actress, Beauvais had a dream to become a model and even moved to New York to fulfill her fantasy. She soon signed with Ford Models and started to appear in print ads for brands such as Avon, Mary Kay and Clairol. She also modeled in catalogs for Neiman Marcus and Nordstrom and graced the pages of Essence and Ebony magazine.

Even though she had numerous engagements as a model, once Beauvais decided to work in film and TV, she made a smooth transition from fashion to movie industry. Beauvais relocated to the West Coast and got a spot on the drama Models, Inc. (Fox, 1994-95). Her three-season turn in the groundbreaking ABC police drama NYPD Blue (1993 – 2005), cemented her status as a star. More notable appearances followed after her portrayal of Francesca 'Fancy' Monroe in the popular WB sitcom The Jamie Foxx Show (1996 – 2001). During this period, she also starred in movies like Wild Wild West (1999) and Double Take (2001). She had a main cast role on the Franklin & Bash (2011 – 2012), followed by steady guest-starring work.

Real Housewives: In 2019, Garcelle was named as the newest cast member of the Bravo reality series The Real Housewives of Beverly Hills.

Personal Life: Garcelle has been married twice. She was married to producer Daniel Saunders from 1991 to 2000. They have one son together who was born in 1991. She married CAA talent agent Mike Nilon from 2001 to 2011. They have twin sons who were born in 2007.