Gaius Charles Net Worth: Gaius Charles is an American actor who has a net worth of $1.5 million dollars. Born in Manhattan, New York, in 1983, Gaius Charles earned his fine arts degree in drama at Carnegie Mellon University. He appeared in several on-stage productions while in school, including a part in "Romeo and Juliet" as Mercutio.

He studied overseas in Australia at the National Institute of Dramatic Art for a time. Charles had two small roles in "Law & Order: Special Victims Unit" and "The Book of Daniel" before landing the part that would launch his career as Brian "Smash" Williams on the NBC drama series "Friday Night Lights". He appeared on 41 episodes of the hit show from 2006 until 2008. Since then, Charles has appeared on "The Messenger", "Salt", "Takers", "Pan Am", "NCIS", "Necessary Roughness", and "Aquarius". He had a recurring role on the medical drama "Grey's Anatomy" as Dr. Shane Ross from 2012 until 2014, getting bumped up to the main cast for the show's tenth season. He also continues to pursue stage acting. Charles is a Christian who wanted to earn his theology degree after leaving "Friday Night Lights", enrolling in Drew University and working in youth ministry. Charles enjoys boxing, writing, and aviation. 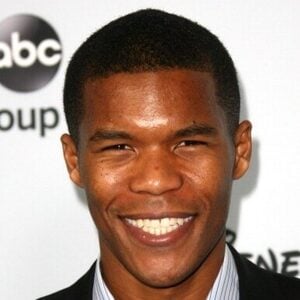