Gael Garcia Bernal net worth: Gael Garcia Bernal is a Mexican actor, director and producer who has a net worth of $12 million dollars. Gael Garcia Bernal was born in Mexico in 1978 to an actress mother and actor/director father. He began acting when he was a baby, working in telenovelas throughout his teen years where he started to gain notoriety. He moved to London when he was 19 to attend the Central School of Speech and Drama and pursue an acting education. He made his movie debut in "Amores Perros", which was nominated for an Academy Award, and went on to act in "Y tu mama tambien", "El crimen del Padre Amaro", "Blindness", "Even the Rain", "Fidel" and "The Motorcycle Diaries". His performances attracted several award nominations, including a BAFTA for Best Performance by an Actor in a Leading Role and the Orange Rising Star Award. He made his directorial debut with the 2007 film "Deficit" and briefly dabbled in a musical career, adding vocals to a song on Devendra Banhart's album "Smokey Rolls Down Thunder Canyon". Garcia Bernal has been married to his actress wife Dolores Fonzi since 2009, and they have two children: Lazaro and Libertad. The actor, who is fluent in five languages, works with a foundation that aims to show documentaries in areas that do not get a lot of exposure to modern films. 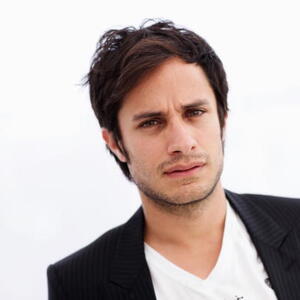