What is Gabrielle Union's Net Worth and Salary?

Gabrielle Union is an American actress and former model who has a net worth of $40 million. Part of her net worth is the result of her marriage to NBA player Dwayne Wade. After appearing in a range of popular films, Gabrielle Union has established herself as one of the most successful actresses of her time.

Gabrielle Monique Union was born on October 29th of 1972 in Omaha, Nebraska. She was raised in a Roman Catholic household by a father who was in the military and a mother who taught her to be an independent woman. After thirty years of marriage, her parents divorced. Her family members were all very enthusiastic football fans.

Gabrielle Union struggled with self-esteem issues early in life and described herself as a "mean" person. When she was 19, she was raped by a robber while working at Payless Shoes. She later sued Payless Shoes for negligence. Gabrielle Union studied at UCLA and obtained a bachelor's degree in sociology.

Gabrielle Union's career started in the 90s with a range of television roles. She first appeared in shows such as Saved by the Bell, Family Matters, and 7th Heaven. She also appeared in three episodes of Sister, Sister. Union played a Klingon in an episode of Star Trek: Deep Space Nine in 1997.

Her career truly started to take off at the turn of the century. In 1999, Gabrielle Union booked her first big film role in She's All That. That year, she also appeared in the cult classic 10 Things I Hate About You. In the year 2000, Gabrielle Union started to break through with the film Love & Basketball. After appearing in Bring it On, she was truly an established Hollywood actress. In the hugely successful cheerleading movie, Union starred opposite Kirsten Dunst. The film raked in $90 million at the box office and became a cult classic.

Union's success via Bring it On led to a slew of acting opportunities in both film and television. In 2001, she appeared in The Brothers and Two Can Play at That Game. She also booked a recurring role on CBS's City of Angels as Dr. Courtney Ellis. In 2001, she made a memorable appearance on the hit sitcom Friends.

2003 was a busy year for Gabrielle Union as she booked her first leading film role with Deliver Us From Eva. Critics praised her complex, nuanced performance. She followed up with a role in Bad Boys II that year, playing the girlfriend of Will Smith's character. Gabrielle Union later stated that the role "elevated" her career, much like Bring it On had done a few years earlier. She finished 2003 with an appearance in Cradle 2 the Grave, a film that starred Jet Li and DMX. 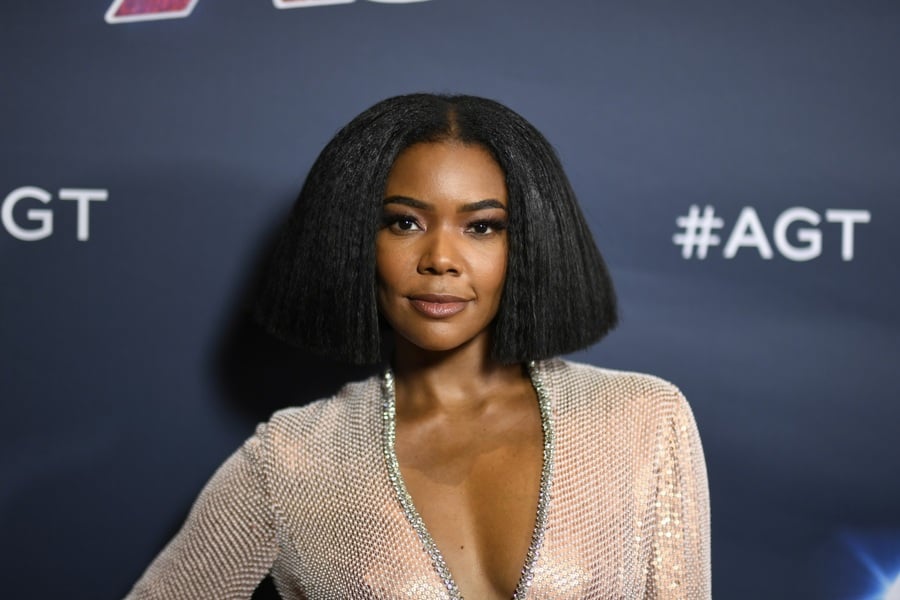 In 2004, Gabrielle Union in films such as Something the Lord Made and Breakin' All the Rules alongside Jamie Foxx. In 2005, she played a delusional woman in Neo Ned, winning an award for Best Actress at the Palm Beach International Film Festival. In 2005, she starred in the family-friendly film The Honeymooners. She then booked a recurring role on the TV show Night Stalker. In 2007, Union returned to film with the rom-com Daddy's Little Girls and the Christmas movie The Perfect Holiday.

In 2008, Gabrielle Union appeared in three episodes of Ugly Betty, playing "Renee Slater." That year, she booked a surprise role in Cadillac Records, with critics praising her acting range and versatility. She finished 2008 by playing Eddie Murphy's love interest in Meet Dave. During the next two years, she appeared in shows such as Life and Flash Forward.

She started 2010 with an appearance on the show Army Wives. In 2012, she appeared in Think Like a Man, and Good Deeds – both romantic comedies. After impressing critics in the dramatic film In Our Nature, Gabrielle Union booked the lead in BET's new show, Being Mary Jane. The series ran for five seasons and spanned from 2013 to 2019. Although the show drew in millions of viewers, it was not a completely positive experience for Union, as she later sued BET for withholding compensation.

In 2014, she appeared in Think Like a Man Too, although the sequel did not fare as well as the original. In 2015, Union exhibited her voice acting skills when she voiced the character of Nala in Disney's The Lion Guard. Next year, she appeared in The Birth of a Nation to play a black slave who is raped by a white man. She finished 2016 with a major role in the film Almost Christmas. In 2019, she started appearing in L.A.'s Finest, a spin-off TV-series based on the Bad Boys films.

Gabrielle Union met NFL player Chris Howard in 1999 and later married him in 2001. By 2006, the divorce was finalized. In 2008, she started dating NBA player Dwayne Wade. In 2014, they were married, and Union became the stepmother to Wade's 3 existing children. In 2018, Union and Wade had a child together via a surrogate mother.

Gabrielle Union and Dwayne Wade have significant real estate holdings, and these assets make up a considerable portion of their overall net worth. In February of 2020, Dwyane and Gabrielle purchased a lavish $20 million mansion in Hidden Hills, California. The 22,000 square-feet, three-floor property boasts a home theater, poolside cabana, infinity pool, and a 12-car garage with an automatic turntable.

They also own a property in Sherman Oaks that they purchased in 2018 for $6 million. In addition, the couple owns an extensive $10.7 million waterfront mansion in Miami that Dwyane bought in 2010 while he was playing for The Heat. In 2019, they put this property up for sale with an asking price of $32.5 million, eventually reducing the price to $29 million. The property remains unsold as of 2020. Upon marriage, Gabrielle Union and Dwayne Wade signed a prenuptial agreement to protect their assets.