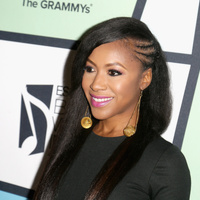 Gabrielle Dennis net worth: Gabrielle Dennis is an American film and television actress who has a net worth of $2 million dollars. Gabrielle Dennis was born in Cincinnati, Ohio, and went to school at Hughes High School and The School for Creative and Performing Arts. She then graduated from Howard University with a degree in Theater. She began her professional on-camera career in 1990, in the television movie, "A Mom for Christmas". She launched her career in earnest in 2004, appearing in a string of video projects. She then branched out into television and mainstream film. She has appeared in such projects as "The Underground", "Campus Ladies", "The Wizards of Waverly Place", "My Name is Earl", "Bring It On: Fight to the Finish", "The Marc Pease Experience", "Southland", "Blue Mountain State", "Politics of Love", "Franklin and Bash", and "Baby Daddy". She is most widely recognized for her hosting work on BET's "The Summit", and for her recurring role on the CW series, "The Game".