What Is Gabrielle Carteris' Net Worth?

Gabrielle Carteris was born Gabrielle Anne Carteris on January 2, 1961, in Scottsdale, Arizona. Her mother, Marlene, was a realtor, and her father, Ernest, owned a restaurant. Marlene and Ernest split up when Gabrielle and her twin brother, James, were six months old, and Marlene and the children moved to San Francisco, California, where she opened a children's clothing store. Carteris attended Redwood High School in Larkspur, and as a teenager, she studied ballet and toured Europe as a mime. After graduation, Gabrielle enrolled at Sarah Lawrence College in New York, earning a bachelor's degree in liberal arts in 1983.

Carteris made her television debut in 1984, playing a character named Janice on the soap opera "Another World." She returned to the series as a different character, Tracy Julian, in multiple 1988 episodes. Around this time, she also appeared on "CBS Schoolbreak Special" (1987) and "ABC Afterschool Special" (1987–1988), and her first film was 1989's "Jacknife." In 1990, 29-year-old Gabrielle began playing high school student Andrea Zuckerman on the teen drama "Beverly Hills, 90210." She was a series regular during the first five seasons, and she returned as a guest star in seasons six, eight, and ten, appearing in more than 140 episodes. During her time on the show, Carteris launched her own production company, GABCO Productions, and it entered into a deal with Rysher TPE in 1993. In 1992, she appeared in the Brian De Palma-directed film "Raising Cain" alongside John Lithgow, and in 1995, she starred in the TV movies "Seduced and Betrayed" and "Mixed Blessings." Gabrielle then guest-starred on "Touched by an Angel" (1996 and 1998) and "The Love Boat: The Next Wave" (1998) and voiced characters on "Johnny Bravo" (1997), "King of the Hill" (1999), and "The Big Guy and Rusty the Boy Robot" (1999). In 1995, she hosted the short-lived talk show "Gabrielle," and in 1997, she had a cameo as herself in the Rodney Dangerfield comedy "Meet Wally Sparks." 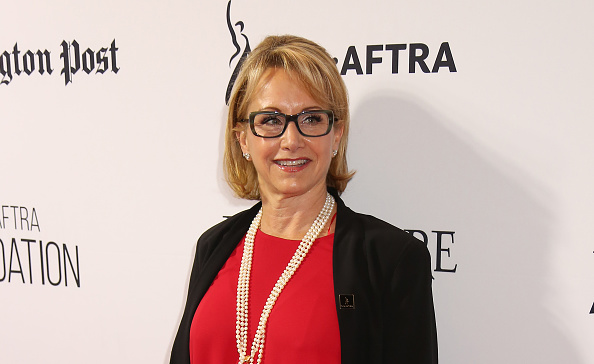 Gabrielle began a relationship with stockbroker Charles Isaacs while she was filming the "Beverly Hills, 90210" pilot in 1990, and he moved to L.A. the following year to be with her. The couple married on May 3, 1992, at the Four Seasons resort in Santa Barbara, and they welcomed daughter Kelsey Rose on May 11, 1994, followed by another daughter, Mollie Elizabeth, on February 8, 1999.

In 2006, Carteris was filming an attack scene for a TV movie that involved Gabrielle being "pulled up by [her] chin over and over again" and dragged down stairs. She told "Entertainment Tonight" that after the filming of the scene ended, "I was jerking around, I lost my speech and was having spasms. My face was doing wild things and I couldn't feel my hands and was having headaches." Her face was partially paralyzed, and she eventually left the project and was replaced with another actress. Gabrielle avoided public events for the next year, and she managed her condition with physical therapy, acupuncture, and Klonopin. 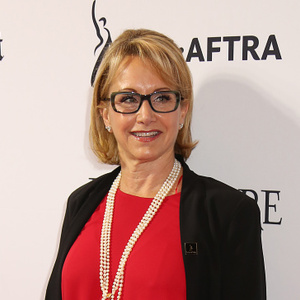