Gabrielle Anwar net worth and salary: Gabrielle Anwar is an English actress who has a net worth of $6 million. Gabrielle Anwar has earned that net worth from a successful acting career which includes such role as Fiona Glenanne on the USA Network series Burn Notice and as Margaret Tudor on The Tudors. Anwar is also well-known for dancing the tango with award-winning actor Al Pacino in the movie Scent of a Woman. Gabrielle was born on February 4, 1970 in Laleham, Middlesex. Her mother is actress Shirley Hills, and her father is an awarding-winning film producer and editor Tariq Anwar. Gabrielle is currently divorced from actor John Verea with whom she has two children. Anwar also has a daughter from a previous long-term relationship with American actor Craig Sheffer. Gabrielle has been dating the owner of the Forge restaurant located in Miami Beach since April of 2010. Her acting debut was in the 1986 British miniseries Hideaway, and her first role in a film was a movie called Manifesto. Gabrielle's first American film was in the 1991 production of If Looks Could Kill and her most recent roles include The Family Tree, A Warrior's Heart and Carnal Innocence. 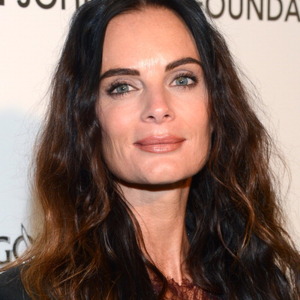