Gabriel Soto Net Worth: Gabriel Soto is a Mexican actor and model who has a net worth of $15 million dollars. Gabriel Soto Borja-Diaz was born in Mexico City, Mexico in April 1975. At the age of 18 Gabriel began modeling. He won El Modelo Mexico in 1996 and finished first runner-up in the 1996 Mister World contest in Istanbul, Turkey.

The next year he replaced Eduardo Verastegui in the band Kairo. Kairo was a Mexican boy band trio. Soto performed with the band until they broke up in 1999. He was featured on two albums. Soto has starred in many soap operas or telenovelas starting with Mi querida Isabel in 1997. He has also starred in others including Alma Rebelde, Carita de angel, Amigas y rivales, Las vias del amor, Mujer de Maderaand Mi destino eres tu, The Power of Destiny, A Shelter for Love, and Libre para amarte. He appeared on Big Brother VIP: Mexico and Bailando por un sueno. Gabriel and his girlfriend Geraldine Bazan have a daughter Elisa Marie, born February 2009. 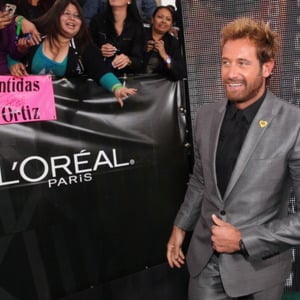