Gabriel Mann Net Worth: Gabriel Mann is an American model and actor who has a net worth of $2 million. Born in Middlebury, Vermont, in 1972, Gabriel Mann first broke into show business as a runway model. In 1995, he started his acting career, appearing in "Stonewall" and "Parallel Sons". He is best known for playing wealthy computer hacker Nolan Ross on the hit ABC series "Revenge".

Mann was nominated for a Teen Choice Award for Choice TV Male Scene Stealer for the part. His previous TV credits include appearing as Bruce Banner in "The Avengers: Earth's Mightiest Hero", Young Zeddicus Zu'l Zorander in "Legend of the Seeker", Arthur Case in "Mad Men", Andrew Kincaid on "Jeremiah", and Carl Twomey on "ER". Mann's film roles include parts in "I Shot Andy Warhol", "Harvest of Fire", "How to Make the Cruelest Month", "High Art", "Great Expectations", "Josie and the Pussycats", "The Bourne Identity", "The Bourne Supremacy", "Dominion: Prequel to the Exorcist", "A Lot Like Love", "Love and Mary", "The Ramen Girl", "80 Minutes", "The Rainbow Tribe", "The Coverup", "Psych 9", and "Cesar Chavez". Mann's modeling resume includes work with brands such as Steven Klein, Richard Avedon for Club Monaco, Marc Jacobs, Calvin Klein, and Mario Testino for Gap. 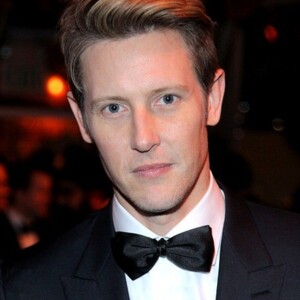