What is Gabriel Byrne's Net Worth?

Gabriel Byrne is an Irish actor, director, and producer who has a net worth of $16 million. Although Byrne trained to become a priest at one point, he eventually veered towards acting after becoming involved in the theatre world in the late 70s. Over the course of his career, Gabriel has branched out into directing, producing, screenwriting, and much more. He is also the recipient of a number of awards, including a Golden Globe Award and an Outer Circle Critics Circle Award. In addition, he has been nominated for various Tony Awards, Emmys, and Satellite Awards.

In terms of his film work, Byrne is probably best known for his work in films like "Miller's Crossing," "The Usual Suspects," and "Hereditary." His television work includes a recent TV series adaptation of "War of the Worlds." He is considered one of the most prominent faces in the Irish entertainment world, and he was awarded an Irish Film and Television Academy Lifetime Achievement Award. He is also considered to be one of Ireland's greatest-ever actors.

Gabriel James Byrne was born on May 12th of 1950 in Dublin, Ireland. Raised in the suburb of Walkinstown in a Roman Catholic household by a hospital nurse and a soldier alongside five younger siblings, Gabriel initially trained to become a priest before attending the University College Dublin. During his university years, he studied archaeology and linguistics, eventually becoming a strong Irish speaker. He also played soccer during these years. Decades later, he revealed that he had been sexually abused by priests as a child.

After leaving university, Byrne initially worked as an archaeologist. He also worked as a cook and taught Spanish and history at his old school in Crumlin. By the age of 29, he started acting for the first time, starting with Focus Theatre and Abbey Theatre, both of which are located in Dublin. He then attended acting school before making his breakthrough in "The Riordans," a television show in Ireland. That led to a spin-off series based on his character called "Bracken." By 1981, he had made his film debut as King Uther Pendragon in "Excalibur."

In 1983, he appeared alongside Laurence Olivier in the mini-series "Wagner," and by 1985 he had booked another film role in "Defence of the Realm." This film received strong reviews, although Byrne later admitted that he had been upstaged by his co-star, the older and more experienced Denholm Elliott. Throughout the rest of the 80s, he continued to appear in a number of notable films, including "Lionheart," "Hello Again," "The Courier," and "Diamond Skulls."

Gabriel kicked off the 90s by appearing in the Cohen Brothers' "Miller's Crossing," which put him in a starring role. Although this film proved to be a box office failure with just $5 million grossed on a budget of around $14 million, it was well-received by critics. Byrne also signed on for "Into the West," a film that also saw him serving as an associate producer. He also served as an executive producer for "In the Name of the Father," which focused on Irish issues. He appeared in four films released in 1994, including "A Simple Twist of Fate," "Trial by Jury," "Little Women," and "Prince of Jutland." 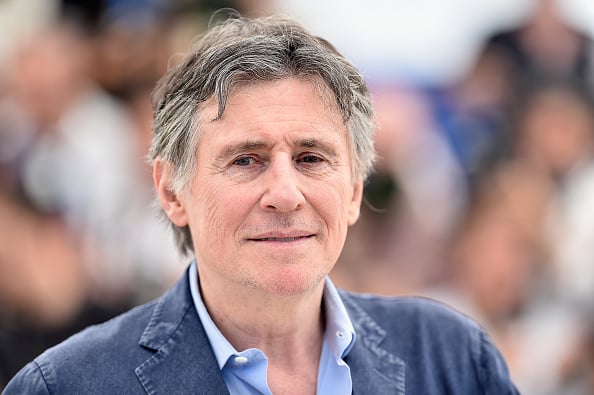 In 1995, Gabriel appeared in one of his most recognizable roles, joining a star-studded cast that included Stephen Baldwin, Kevin Spacey, and Benicio del Toro in "The Usual Suspects." This film generated over $34 million at the box office on a budget of $6 million and won an Academy Award for Best Screenplay. Towards the end of the 90s, Byrne appeared in films such as "The Last of the High Kings," "The Man in the Iron Mask," and "Enemy of the State." To wrap up the 90s, Gabriel book a role in the horror flick "Stigmata," which received poor reviews.

In the 2000s, Byrne became known for films like "Spider," "Ghost Ship," "Assault on Precinct 13," "Leningrad," "Vampire Academy," and "Hereditary." In 2020, he booked a role in the film "Lost Girls." Around 2021, it was reported that Gabriel would be playing the role of Enzio Ferrari in the upcoming biographical film "Lamborghini," which is based on the life of Ferrucio Lamborghini.

Throughout his career, Byrne has continued to book various television and theatre roles. In 1985, he played the title character in "Mussolini: The Untold Story." He also appeared on "Saturday Night Live" in the mid-90s, and in 2013 he appeared on the popular show "Vikings." Towards the end of the 2010s, he became known for his appearances in shows like "Marco Polo" and "The War of the Worlds."

In 2010, it was reported that Bryne had purchased a 2-bedroom apartment in the New York neighborhood of Nolita. The residence reportedly cost the actor roughly $3.33 million for the residence, which was slightly lower than the listed price of $3.4 million. In 2021, Gabriel decided to flip this apartment, putting it on the market for $5.1 million. When it was listed, more details were revealed. This home spans 1,688 square feet and was originally constructed in 2007. Additional features include French Doors, a wood-burning fireplace, 11-foot ceilings, marble flooring, and more. The apartment building also offers a shared roof deck with 360-degree views of lower Manhattan.

Byrne also reportedly owns a house on the top of a hill in Rockport, Maine which purportedly reminds him of where he grew up in Ireland. 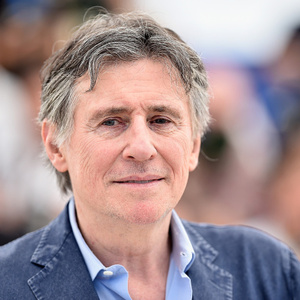