Gabe Kaplan Net Worth: Gabe Kaplan is an American comedian, actor, investor and professional poker player who has a net worth of $50 million. Gabe Kaplan first gained fame by appearing in the sitcom "Welcome Back, Kotter". Today he is known for appearing on High Stakes Poker on GSN. Born Gabriel W.

"Gabe" Kaplan on March 31, 1945, in Brooklyn, New York, he is best known for his portrayal of Gabriel "Gabe" Kotter in the 1970s sitcom, Welcome Back, Kotter (ABC, 1975–1979). After the cancellation of the show that launched John Travolta as an actor, Kaplan went on to give occasional performances both in feature and TV movies. His subsequent, but less appealing screen appearances include such movies as Fast Break (1979), Nobody's Perfekt (1981) and Tulips (1981), as well as the short-lived sitcom, Lewis & Clark (NBC, 1981-82). Because acting seemed to have lost its glow in Koplan's eyes, he was shying away from the limelight to focus on ventures outside Hollywood instead, mainly financial investments and poker tournaments. Actually, he entered the world of poker long before it became popular in the 2000s, winning a number of competitions and even becoming a host for televised events. He attracted audiences' attention mostly through the "No-Limit Texas Hold-'Em" poker type and as co-host and joint commentator, with A.J. Benza, on previous seasons of High Stakes Poker on GSN. For the show's seventh season, he was replaced by fellow comedian and celebrity poker player Norm Macdonald. Even though he was one of the rare celebrities who sought neither fame nor recognition, Gabe Kaplan remained a notable figure whose brief foray into popular culture made a lasting impact. 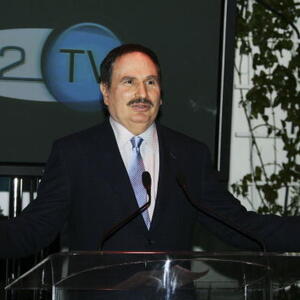