Gabby Hayes net worth: Gabby Hayes was an American actor who had a net worth equal to $3 million at the time of his death. He was best known for starring in B-Western films as a sidekick for Hopalong Cassidy and Roy Rogers.

Gabby Hayes was born in Stannards, New York in May 1885 and passed away in February 1969. He had nearly 200 acting credits to his name starting in 1929. Hayes was known for being a leading man and a character actor. His Western roles often portrayed him as cantankerous, bewhiskered, loyal, and woman-hating. He starred as Windy Halliday as the sidekick to Hopalong Cassidy in films from 1935 to 1939. After leaving Paramount Pictures, he moved to Republic Pictures where he starred as Gabby Whitaker in similar roles. He appeared with Roy Rogers in more than 40 films between 1939 and 1946 and also frequently worked with Gene Autry and Wild Bill Elliott as well as director Joseph Kane. Hayes received stars on the Hollywood Walk of Fame for Television and Radio in 1960. Gabby Hayes passed away on February 9, 1969 at 83 years old. 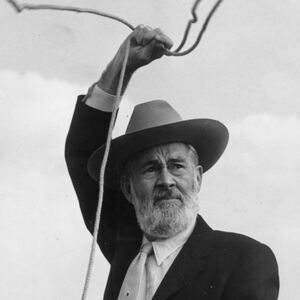