G.W. Bailey Net Worth: G.W. Bailey is an American actor who has a net worth of $5 million. G.W. Bailey was born in Port Arthur, Texas in August 1944. He worked at local theater companies and then moved to California to pursue his acting career. Bailey first appeared in the TV series Harry O from 1974 to 1975. From 1979 to 1983 he had a recurring role as Sergeant Luther Rizzo on the TV sears M*A*S*H. Bailey starred as Dr. Hugh Beale on the series St. Elsewhere from 1982 to 1983 and as Albert Addelson on the series Goodnight, Beantown from 1983 to 1984. From 1996 to 1997 he starred as Big Jim Foxworthy on The Jeff Foxworthy Show. G.W. starred as Lt. Louie Provenza on the television series The Closer from 2005 to 2012. He reprised the role on the series Major Crimes since 2012. Bailey starred as Thaddeus Harris in the Police Academy film series. He has been nominated for five Screen Actors Guild Awards for The Closer. 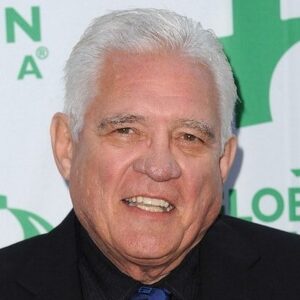