Freida Pinto Net Worth: Freida Pinto is an Indian actress and model who has a net worth of $14 million. Although Pinto was born and raised in Mumbai, she is best known for her roles in various British and American films. Her first breakthrough role was in the film "Slumdog Millionaire," and this effectively launched her career. Freida won a number of awards and honors for her performance in this film. She later followed up with a number of additional roles, including a notable appearance in "Rise of the Planet of the Apes" in 2011.

Outside of her film roles, Pinto is known for appearing in a wide range of television productions, including Showtime's "Guerilla." Although she rarely appears in mainstream Indian films, she made a notable appearance in the Indian film "Love Sonia" in 2017. In addition, Freida is a prominent humanitarian and a feminist who believes strongly in female empowerment. Various publications have named Pinto as one of the most beautiful women in the world. She has also been credited with "breaking the stereotype" of Indian women in Hollywood, and she often plays characters of many different nationalities.

Early Life: Freida Selena Pinto was born on October 18th of 1984 in Bombay, India. Raised in a middle-class household in the suburb of Malad, Freida became passionate about acting at the age of five. She was inspired by Sushmita Sen winning the Miss Universe Competition in 1994. After graduating from secondary school, Pinto attended St. Xavier's College in Mumbai. She initially majored in English literature and minored in psychology and economics.

During her college years, Freida became involved in amateur theatre, although she didn't take her acting and modeling career seriously until after she graduated from university in 2005. It was during this period that she watched the film "Monster" and became utterly convinced that she wanted to pursue acting as a career choice. By 2005, she had been signed with Elite Model Management in India. Over the next two years, she booked regular work and appeared in various print and TV advertisements for brands like Wrigley's Chewing Gum, Vodafone, Visa, and eBay.

Career: In 2007, Pinto's modeling agency submitted her for an audition for "Slumdog Millionaire." Six months of auditioning followed, and she finally won the role of Latika – the main romantic interest of the film. During this time, she started taking acting courses in Mumbai. "Slumdog Millionaire" roved to be critically and commercially successful, with box office earnings of over $377 million. The film itself was nominated for numerous awards, and Pinto was nominated for Best Supporting Actress at the BAFTA Awards.

Freida followed up this early success with a number of art house productions, including Woody Allen's "You Will Meet a Tall Dark Stranger." In 2011, Pinto booked a starring role in "Rise of the Planet of the Apes." The film was a massive commercial success, raking in over $481 million at the box office. However, most critics were not very kind to Freida and stated that her character was extremely one-dimensional. Further roles came in films like "Trishna," for which she received widespread critical praise, and "Day of the Falcon." After a hiatus, Pinto returned to film acting with "Desert Dancer."

In 2015, she appeared alongside Christian Bale and Natalie Portman in the experimental film "Knight of Cups." Unfortunately, the film received mostly mixed reviews after debuting at the Berlin International Film Festival. That year, she also appeared in the film "Blunt Force Trauma" and booked a role in the motion capture film "Mowgli: Legend of the Jungle." 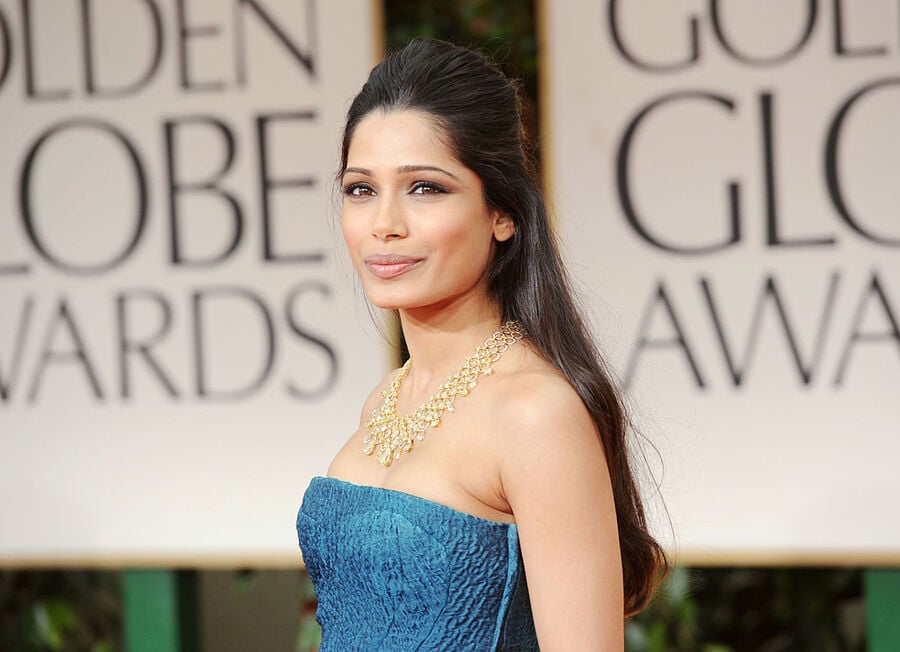 Brand Endorsements: Over the course of her career, Freida has formed partnerships with a number of prominent brands. In 2013, Pinto partnered with Gucci for their "Chime for Change" campaign, which involved raising awareness for various women's issues. Freida also became a spokeswoman for L'Oreal Paris in 2009, although this became slightly controversial after one particular advert. In the advertisement, it appeared to many that L'Oreal had "touched up" Freida's face and skin, artificially causing her skin to appear lighter than it actually was through make-up or editing. L'Oreal publicly defined these claims.

Relationships: Before Pinto began her film career, she was engaged to a man named Rohan Antao, who had once acted as her publicist. In 2009, Freida and Rohan split up during the filming of "Slumdog Millionaire," after which she began dating Dev Patel. Pinto and Patel then dated for a 6-year period before separating on good terms in 2014. Freida then began a relationship with a photographer named Cory Tran, and the pair became engaged in 2019.

Real Estate: In 2011, Frida and her then-boyfriend Dev Patel moved into a $1.5-million home in Santa Monica. However, they didn't actually purchase the home. Instead, they rented it out for an undisclosed fee. In 2020, Pinto acquired a home in the Los Feliz area of Los Angeles for $2.4 million. Frida's residence spans 3,265 square feet and features three bedrooms. According to reports, she paid at least $100,000 over the asking price during a bidding war over the home.

Constructed in the early 1950s, the home has a noticeably traditional aesthetic with various renovations over the years. Notable features include a bronze chandelier, a modern kitchen with granite countertops, French doors, and a fireplace. The home sits on a .21-acre lot with lush gardens, broad terraces, a two-car detached garage, and a fountain. 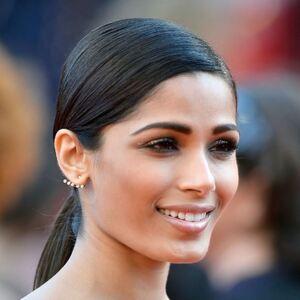