Frédérique Bel Net Worth: Frédérique Bel is a French actress who has a net worth of $4 million. Born in Annecy, Haute-Savoie, France, in 1975, Frédérique Bel studied at the Marc Bloch University of Strasbourg and earned her advanced degree in art history before she decided to go into stage acting. Bel joined the University Theater of Strasbourg and took work as a model to pay the bills. She appeared in campaigns for Bouygues of Etienne Chatiliez and EDF of Jean-Pierre Juenet. Her on-screen acting debut came in "Deuxieme vie" in 2000. She appeared in "La Beuze" before landing roles in "Un ticket pour l'espace", "Camping", "Tu vas rire, mais je te quitte", and "Change of Address". Her other film credits include "Fais-moi plaisir!", "The Art of Love", "Tel pere telle fille", "Ma vie n'est pas une comedie romantique", "Les Dents de la nuit", "Safari", "The Extraordinary Adventures of Adele Blanc-Sec", "Red Nights", "Shall We Kiss?", "Hotel Normandy", and "Qu'est-ce qu'on a fait au Bon Diue?". Bel has appeared in several TV shows, most notably as Dorothy Doll in "La Minute Blonde" in 2004. She is an accomplished voice actress, lending her pipes to a variety of animated characters in films and TV shows, including "Toy Story 3", "Hawaiian Vacation", "Arthur and the Revenge of the Maltazard", and "Arthur 3: The War of the Two Worlds". Bel serves as the spokeswoman for the Association Maladies Foie Enfants. 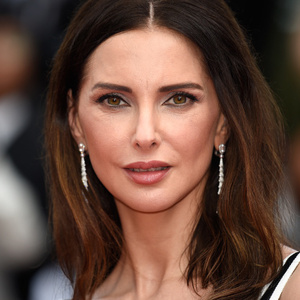