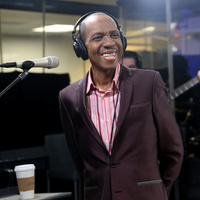 Freddie Jackson net worth: Freddie Jackson is an American soul singer who has a net worth of $3 million. Freddie Jackson was born October 2nd 1956 in Harlem, NY. His born full name is Frederick Anthony Jackson. During the eighties as well as the early nineties he was one of the most influential figures in the R&B music genre. Some of his greatest hits were "You Are My Lady", "Jam tonight", "Rock me tonight", and "Do Me Again".

He received his music training in a young age, singing at his local Baptist Church in which he and his family belonged to. There he met his mentor Paul Laurence, who later becomes his songwriter as well as his record producer. During the eighties he performed with various artists such as "Laurence – Jones Ensemble", "Mystic Merlin", Melba Moore and many others. In 1985 he released his first album "Rock Me Tonight". Many of the songs on the album became instant hits and brought world glory to Freddie Jackson. His second album "Just like the first time" was released the following year. It was great success once again. Afterwards, he released couple more albums. However, none of them had the success of the first two albums.

For his work he has received many awards and honors. Twice he was nominated for the Grammy Award and once for the American Music Awards. In 1988 he finally won American Music Award for his hit single "Nice N Slow". In 2012 he released his latest album called "For You". During his fruitful career not only that he record great number of songs, he did that for various music labels. He released albums with Capital Records, RCA Records, Entertainment One Music Label, Town Sound and Orpheus. In addition to his twelve studio albums he released six compilation, holiday and live albums.