Freddie Highmore Net Worth and Salary: Freddie Highmore is an English actor who has a net worth of $8 million. Highmore began his career as a child actor, appearing in films like "Finding Neverland" and "Charlie and the Chocolate Factory." During this period, he earned significant praise from critics and won a number of awards. In the 2010s, Freddie moved on to adult roles, appearing in the television series "Bates Motel." Once again, he won a number of awards for his performances. Starting in 2017, Highmore began starring in the series "The Good Doctor," and once again received various honors and accolades.

Early Life: Alfred Thomas Highmore was born on February 14th of 1992 in London, England. Raised in the area of Camden Town, Freddie was born into a family with strong connections to the entertainment industry. His mother, Sue Latimer, is a talent agent who represents actors such as Daniel Radcliffe and Imelda Staunton. His father is a former actor named Edward Highmore who appeared in series like "Doctor Who" and "Howards' Way."

Freddie spent time living in various areas within London, such as Highgate in North London. He went to primary school in the London Borough of Barnet before attending an independent school on a scholarship. After graduating from secondary school, Highmore attended Emmanuel College in Cambridge, where he studied Spanish and Arabic.

Career: Freddie's acting career began at a very early age, and by the time he was seven, he was appearing in films like "Women Talking Dirty." Highmore later played a young King Arthur in a miniseries called "The Mists of Avalon" before starring alongside his father in the TV movie "Jack and the Beanstalk: The Real Story." More film roles came in 2004 with "Two Brothers" and "Five Children and It."

Highmore's breakthrough came later in 2004 with the release of "Finding Neverland." The role earned him a Critics' Choice Movie Award for Best Young Performer, and he was also nominated for a number of other awards. In 2004, Freddie followed up by booking a starring role in the film "Charlie and the Chocolate Factory" alongside Johnny Depp. Once again, Highmore was singled out for praise, and he won a Satellite Award for Outstanding New Talent.

Towards the end of the 2010s, Highmore appeared in films like "Toast," "Master Harold… and the Boys," and "The Art of Getting By." After another voice acting gig in "Justin and the Knights of Valour," Freddie transitioned to more adult roles by playing Norman Bates in "Bates Motel." As a result of his performance, Highmore won a People's Choice Award along with numerous nominations for other awards.

During this period, Freddie started directing for the first time, starting with a number of episodes of "Bates Motel." He has also found success as a screenwriter in recent years. After another film role in "The Journey," Highmore booked the lead role in "The Good Doctor." He was nominated for a Golden Globe in 2017 for his performance in this series. 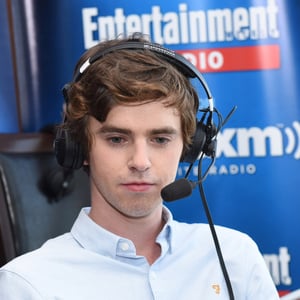