What is Fred Savage's Net Worth?

Fred Savage is an American actor and former child actor who has a net worth of $30 million dollars. He is best known for his role as Kevin Arnold in the American television series "The Wonder Years" (1988-1993). Fred has actually made the vast majority of his fortune outside of acting thanks to a successful directing and producing career. Fred has directed dozens of sitcoms, some of which starting with the pilot. As such, he has earned backend points on a number of shows that have sold for huge amounts in syndication. Fred directed 20 episodes of "2 Broke Girls," 14 episodes of "Modern Family" and 19 episodes of "It's Always Sunny in Philadelphia."

Fred Aaron Savage was born in Chicago, Illinois, on July 9, 1976. His parents, Joanne and Lewis Savage, raised Fred and his siblings in Glencoe, Illinois, before the family moved to California. His younger brother, Ben Savage, is also an actor, and his younger sister, Kala, is an actress and musician. Their father worked as an industrial real estate broker and consultant. His family is Jewish—he was raised in Reform Judaism, and his grandparents were Jewish immigrants that moved to the United States from Poland, Ukraine, Germany, and Latvia.

Savage attended Brentwood School, a private day school in Los Angeles County, California. He later continued his education at Stanford University, where he was a member of the Sigma Alpha Epsilon fraternity. He graduated from college in 1999 with a bachelor's degree in English.

Savage started his career in the entertainment industry at a young age. His first professional acting role on screen was in the television show "Morningstar/Eveningstar", when he was just nine years old. He then appeared as a guest in television shows like "The Twilight Zone" and "Crime Story", as well as in films like "The Boy Who Could Fly" (1986) and "Dinosaurs! – A Fun-Filled Trip Back in Time!" (1987). It wasn't until the 1987 film "The Princess Bride", in which he played the role of grandson, that he really started garnering national attention though.

Beginning in 1988, Savage appeared on the television series "The Wonder Years" as the character Kevin Arnold. This is the role he is most famous for. For his work on the show, he received not only two Golden Globe nominations, but two Emmy nominations for Outstanding Lead Actor in a Comedy Series as well. When he received these nominations, he was only thirteen years old, so at the time he was the youngest actor ever to receive those honors. Savage remained on "The Wonder Years" until it ended in 1993. During the period that he was on the show, he also worked on other projects, such as the film "Vice Versa" (1988) and the two-part ABC special "Runaway Ralph" (1988), based on a book of the same name written by Beverly Cleary. After "The Wonder Years" ended, he went on to appear in the films "Little Monsters" (1989) and "The Wizard" (1989), but then returned to high school at the age of seventeen, and later pursued a college degree at Stanford. 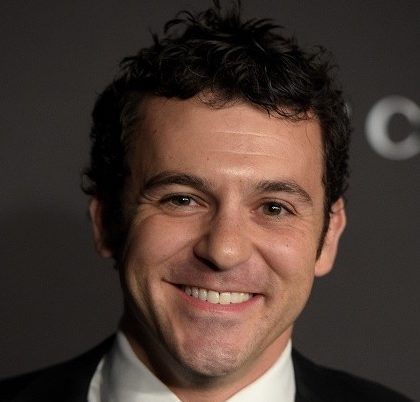 After The Wonder Years

Some of Savage's first acting jobs after leaving show business to pursue his education were the TV films "No One Would Tell" and "How Do You Spell God?", both released in 1996. He then went on to star in the NBC sitcom "Working" from 1997 to 1999 during its two-season run. During the late 1990s and early 2000s, Savage also worked as a guest and supporting actor on shows like "Boy Meets World" (1998) and "Law & Order: Special Victims Unit" (2003), and films like "No One Would Tell" (1996), "The Rules of Attraction" (2002), "Austin Powers in Goldmember" (2002), "The Last Run" (2004), and "Welcome to Mooseport" (2004). He then starred in the short-lived series "Crumbs" in 2006, which only lasted for one season. In "Crumbs", Savage played a closeted gay writer who returns home to help run his family's restaurant after failing to make it in Hollywood. The series co-starred Jane Curtain as his neurotic mother fresh out of the loony bin, William Devane as his womanizing father and Eddie McClintock as his estranged skirt-chasing brother. Some of Savage's other acting projects since then include the Fox series "The Grinder" (2015) and the Netflix series "Friends from College" (2017).

In addition to his on-screen acting appearances, Savage has lent his voice as a voice actor to many different animated projects. He has voiced characters on shows like "Kim Possible", "Oswald" (2001-2003), "Justice League Unlimited" (2004), "Holidaze: The Christmas That Almost Didn't Happen" (2006), and "Family Guy" (2009).

Outside of acting, Savage has pursued opportunities as a director, producer, and television host. In 2018, he became the host of the television game show "Child Support" along with Ricky Gervais, and he has also hosted his own show "What Just Happened??! With Fred Savage" (2019). He began directing episodes of various television series in 1999, with his debut directing credit on his sitcom "Working". He has since racked up directing credits on over a dozen different shows, including "Boy Meets World", "Drake & Josh", and "Ned's Declassified" for Nickelodeon; "That's So Raven", "Hannah Montana", and "Wizards of Waverly Place" for Disney Channel; and other prime-time sitcoms like "Modern Family" and "2 Broke Girls". In addition to directing, he has also worked as a producer on shows like "It's Always Sunny in Philadelphia", "Friends with Benefits", "Phil of the Future", and "The Crazy Ones".

In 2004, Savage married Jennifer Lynn Stone, his childhood friend. They have two children together.

In the late 2000s, Savage spent $3 million on a large house in the Los Angeles neighborhood of Hancock Park. He listed the home for sale in 2019 for $5 million. He previously owned a home above the Sunset Strip in Hollywood which he sold in 2007 for $2.25 million. He owns a two bedroom condo in West Hollywood which he bought in 2003 for $500,000. 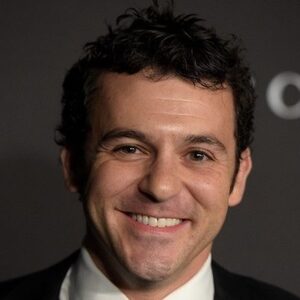