How much is Frankie Shaw Worth?

Frankie Shaw net worth: Frankie Shaw is an American actress, writer, producer, and director who has a net worth of $3 million. Frankie Shaw was born in Boston, Massachusetts. She is known for starring in, writing, and directing the short film SMILF in 2015. The short was made into a television series in 2017. As an actress Shaw starred as Mary Jo Cacciatore on the TV series Blue Mountain State from 2010 to 2011. In 2014 she starred as Fabienne on the series Mixology. In 2015 Shaw starred as Shayla Nico on the television series Mr. Robot and in 2016 she starred as Naomi on the TV series Good Girls Revolt. She won a Sundance Film Festival Short Film Jury Prize in 2015 for SMILF. Shaw has also starred in several other films including Just Like the Son, Explicit Ills, Falling Up, The Freebie, The End of Love, Knife Fight, The Pretty One, Lullaby, Someone Marry Barry, Joshy, Dreamland, Stronger, and more. 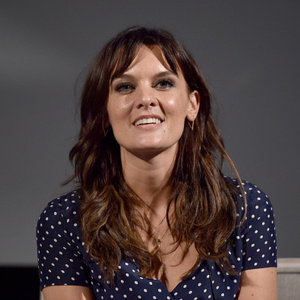