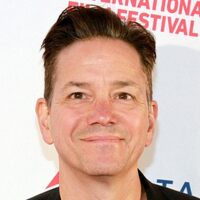 Frank Whaley Net Worth: Frank Whaley is an American actor, director, and screenwriter who has a net worth of $3 million. Frank Whaley was born in Syracuse, New York in July 1963. He is best known for his work in independent films. Frank graduated from the University at Albany. Whaley has over 90 acting credits to his name. His acting debuts came in 1987 when he appeared in the television series Spenser: For Hire, CBS Schoolbreak Special, ABC Afterschool Specials, and the movie Ironweed. In 1998 Whaley starred as Bob Jones in the TV series Buddy Faro. From 2003 to 2004 he had a recurring role in the TV series Stephen King's Dead Zone. In 2013 Whaley starred as Van Miller in the series Ray Donovan. He has also starred in the movies Field of Dreams, Little Monsters, Born on the Fourth of July, The Freshman, Cold Dog Soup, The Doors, Career Opportunities, JFK, Back in the U.S.S.R., A Midnight Clear, Hoffa, Swing Kids, Pulp Fiction, Swimming with Sharks, I.Q., Homage, Broken Arrow, Pursuit of Happiness, Red Dragon, School of Rock, World Trade Center, Vacancy, Drillbit Taylor, and Rob the Mob. He wrote and directed the films Joe the King, The Jimmy Show, New York City Serenade, and Like Sunday, Like Rain. Whaley won a Sundance Film Festival Waldo Salt Screenwriting Award for Joe the King. He also won Best Actor at the New York International Film & Video Festival and a Festival Achievement Award at the Stony Brook Film Festival. In 2016 he starred as Detective Rafael Scarfe on the TV series Luke Cage.

Frank has been married to play-write Heather Bucha since 2001. They have two children together.