Frank Welker Net Worth: Frank Welker is an American voice actor and former stand-up comedian who has a net worth of $15 million dollars. Born March 12, 1946 in Denver, Colorado, Frank Welker's early career was spent as a stand-up comedian, appearing on such shows as The Dean Martin Celebrity Roast of George Burns and releasing a comedy album in 1988.

As a voice actor, he is widely known as the voice of Fred Jones of the Scooby Doo franchise (later becoming the voice of Scooby Doo); Ray Stantz and Slimer from The Real Ghostbusters; Nibbler from Futurama; Wild Bill, Torch and many other characters from G.I. Joe: A Real American Hero; Dr. Claw from Inspector Gadget (the parrot that got eaten by the shark in the Deep Blue Sea; the voice of Garfield the Cat. His first voice role came in 1969 as Fred Jones in the Hanna-Barbera series Scooby Doo, Where Are You! In the '80s Welker was commission to voice many recurring parts within the Transformers franchise. His live-action, on-camera appearances include television shows Love American Style, The Partridge Family and The Don Knotts Show as well as Laugh In, The Tonight Show, Merv Griffin and The Smothers Brothers Show. His list of voice credits have now crested 100 and counting. 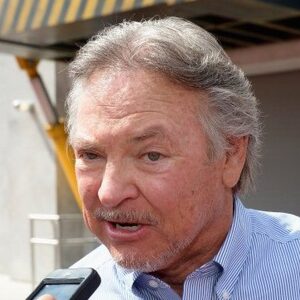