Frank Langella Net Worth: Frank Langella is an American stage and film actor who has a net worth of $5 million dollars. He has been the recipient of three Tony Awards, two for Best Leading Actor in a Play for his performance as Richard Nixon in the play Frost/Nixon and for the role of Leslie in Edward Albee's Seascape. Langella also won two Obie Awards and was nominated for an Academy Award for Best Actor in a Leading Role in the film production of Frost/Nixon (2008).

Frank Langella was born January 1, 1938 in Bayonne, New Jersey. Langella pursued acting from an early age. After college he moved to New York City and joined the Lincoln Center Repertory Company where he studied his craft with the likes of Elia Kazan. In 1963, he made his off-Broadway stage debut in The Immoralist. He played a variety of Broadway roles, but playing Richard Nixon in Frost/Nixon was the turning point in his career. Other Broadway productions Langella appeared in between the late '60s and late '70s included A Cry of Players, which earned him the 1969 Drama Desk Award for Outstanding Performance; Seascape. He is a member of the rarefied, informal actors to have played both Count Dracula and Sherlock Holmes, the former in the 70s version Dracula and the latter in Sherlock's Last Case, in which he produced and also starred as Sherlock Holmes. On the big screen, he has appeared in the film adaptation of Dracula in 1979 as well as appearing in Those Lips, Those Eyes (1980), Masters of the Universe (1987) in which he gave supervillain Skeletor a very real Shakespearean gravitas, Superman Returns and many others. In 2002, Langella was inducted into the American Theatre Hall of Fame. He continues to act in films and on the stage into his late 70s, and will hopefully continue into his 80s as well and for many years to come. 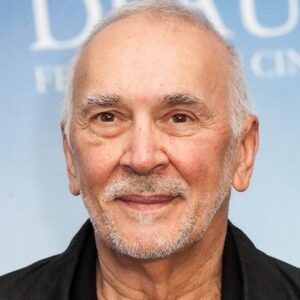