Françoise Hardy Net Worth: Françoise Hardy is a French actress and singer who has a net worth of $25 million. Hardy was born in January of 1944, growing up in the 9th arrondissement of Paris with her sister Michèle. Although Hardy's father was minimally involved in her life, he was persuaded by Hardy's mother to buy her a guitar after she passed her baccalauréat.

Hardy was influenced early on by French musicians Charles Trenet and Cora Vaucaire. She also enjoyed the Everly Brothers and Cliff Richard, artists she heard on the English-language radio station. She signed her first contract with the record label Vogue in 1961. She produced her first record, "Oh Oh Chéri," the flip side of which contained her first major hit "Tous les garçons et les filles. The record sold over 1 million copies and earned her a gold disc. She was referenced in a poem that Bob Dylan wrote on the cover of his album Another Side of Bob Dylan. She continued writing and producing music for a number of years. Hardy worked with British pop group Blur and Calcolm Claren in the 1990s. She made a comeback in 2000 when she released the album Clair Obscur. Iggy Pop and Étienne Daho were also a part of making this record. 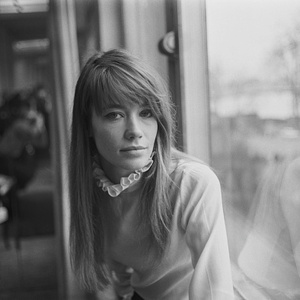