Franco Columbu net worth: Franco Columbu was an Italian bodybuilder, actor, and World's Strongest Man contestant who had a net worth of $10 million at the time of his death in 2019. He was born in Ollolai, Sardinia, Italy on August 7, 1941. During his life Columbu was known as "The Sardinian Strongman." Standing at five feet and five inches while weighing 185 pounds, Columbu began as a boxer, which eventually led to Olympic weightlifting. In 1977 he placed fifth in the World's Strongest Man competition even after dislocating his leg during the refrigerator race. He ended up receiving one million dollars as a settlement for the injury and spent some time in surgery and recovery. In 1981 he made his comeback in the Mr. Olympia competition and became Arnold Schwarzenegger's successor. Columbu has a history as a bodybuilder, chiropractor, and actor. Franco is referenced in the 1993 movie Last Action Hero as part of a film within a film. He also played a future terminator in the 1984 movie The Terminator and Otto the Strongman in Big Top Pee-wee. He was the Powerlifting Champion of Italy, Germany, and Europe as well as the Amateur Boxing Champion of Italy. Unfortunately Franco died on August 30, 2019 at the age of 78 after suffering from a heart attack.

Franco and Arnold were lifelong friends. They met in Stuttgart in 1965 at a competition. They quickly became inseparable best friends. When they moved to the United States together in 1969 they started a bricklaying patio business that they called European Brick Works. Franco was Arnold's best man at hi wedding the Maria Shriver in 1986. 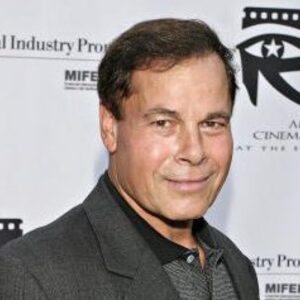