How much is Francine York Worth?

Francine York Net Worth: Francine York is an American actress who has a net worth of $5 million. Francine York was born in Aurora, Minnesota in August 1938. At nine years old she appeared in a grammar school production of Cinderella. At 17 Francine won the Miss Evelth beauty contest and was a runner up in the Miss Minnesota contest. She moved to San Francisco, California and got a job as a showgirl at Moulin Rouge. York has over 120 acting credits to her name. She first appeared on an episode of the TV series Rescue 8 in 1959. York has appeared in episodes of the TV series Burke's Law, Perry Mason, Route 66, 77 Sunset Strip, My Favorite Martian, Batman, Gomer Pyle, U.S.M.C., Lost in Space, Green Acres, It Takes A Thief, The Wild Wild West, Ironside, I Dream of Jeannie, Love American Style, Bewitched, Adam-12, Mission: Impossible, Colombo, Matlock, Kojak, Las Vegas, and The King of Queens. She has starred in the movies The Nutty Professor, Tickle Me, Cannon for Cordoba, The Doll Squad, Marilyn: Alive and Behind Bars, and The Family Man. York has also been a fitness and nutrition expert as well as a gourmet cook who has had recipes published in national health magazines. 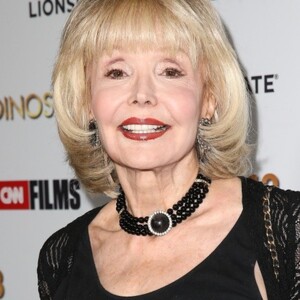